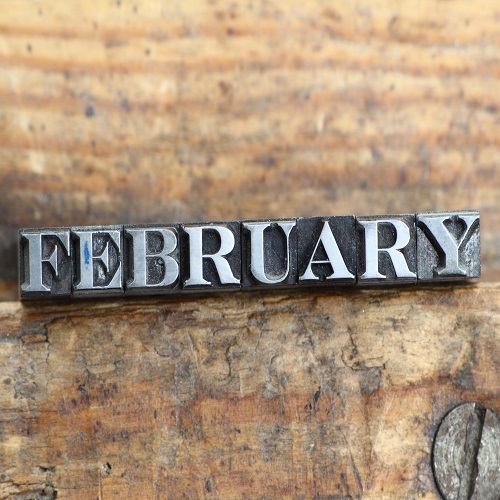 It’s been exactly one month since 2016 became 2017 and we all started this new year together. I wanted to a special Weekly Blog post each 1st of month to update you on my New Year’s Resolutions. This will be probably be a shorter post but of course I say that then I keep on writing and writing without actually getting to my topic. First, I’d suggest you check out the originally post which was actually posted January 8th, but each update will be on the first. Just deal with it. Ok here we go!

My number one thing I wanted to do in 2017 is write more! That one is definitely the one that I’m accomplishing the most! This post will be the 22nd post on the website and we’re only a couple of weeks in. I published 16 posts during the opening week and that small step will hopefully lead to bigger things. Hopefully bigger and bigger things will come from this website as we build the community and build the website. Who knows how many views we’ll have a month from now or even a year from now. Or maybe the website will only last a few months, who knows? But I am writing more so that bar has been reached! I’m going to continue putting stuff out there and hoping that great things will leader to even greater things!

My number two goal was to be more positive and be a more positive force in the world. So far that one has been mixed. You’ll have to ask the people around me if I’m being a positive force, which you can’t technically do…but I am trying, it’s just not the easiest thing. Last week was pretty stressful and I let that stress get the best of me. I just wanted to shut down and be left alone. Those things happen. So I was definitely not positive in that aspect but I feel like people always compliment me at work about how positive I am which a lot of the time is just acting. Sometimes I’m sad or mad at work but I put a smile on my face and I do it. I’m trying to make this website a positive force for the readers, so you can be the judge of that!

My number three goal was to be more adventurous. This included going on physical adventures in the community as well as have a more open-minded stance to possible life events. This hasn’t really been prevalent in the month of January. I haven’t started any new relationships and I haven’t changed jobs or moved to new places. So far my life hasn’t been too crazy. This website has definitely been the biggest change and I’m trying to be more adventurous with it! In regards to physical adventures, I haven’t really done much with that one either. It’s cold out and its snowy and rainy and adventurous don’t happen that much. My days consist of going to work and then hanging out at home playing video games or writing stuff for the website. Hopefully as things get warmer, I’ll go out and see more of the world!

My number four goal was to be healthier mostly with food intake and exercise. One thing I realized that today (February 1st) is the 2 year anniversary of not drinking pop/caffeine and for the month of January 2017 I’ve been drinking mostly water with lemon. At work I always have a cup with water in it so that helps me with this goal. Basically 90% of the liquid I drink is water while the other 10% includes milk, juice (apple and orange), Kool-Aid, Gatorade, etc. So I hope that isn’t too much information but I am accomplishing the no pop/more water goal. Now when it comes to exercise aspect of getting healthier, I’ve been really bad at it. Again, most of my day consists of 1) driving to work 2)sitting at work or 3) sitting at home. I know there’s a lot I can do to change that, I just haven’t got around to it. Hopefully the update in March 1st will involve me saying that I’m actually going to a gym and excerpting more. We’ll see.

Well there are my updates for my New Year’s Resolutions. Hopefully you’re having a better time than I am and I really hope my March update is more positive. This update actually kind of made me sad because I feel like I’m not accomplishing things. I swear I’m going try better going forward!

Ok that’s all for now. Please check out my other Weekly Blogs here .