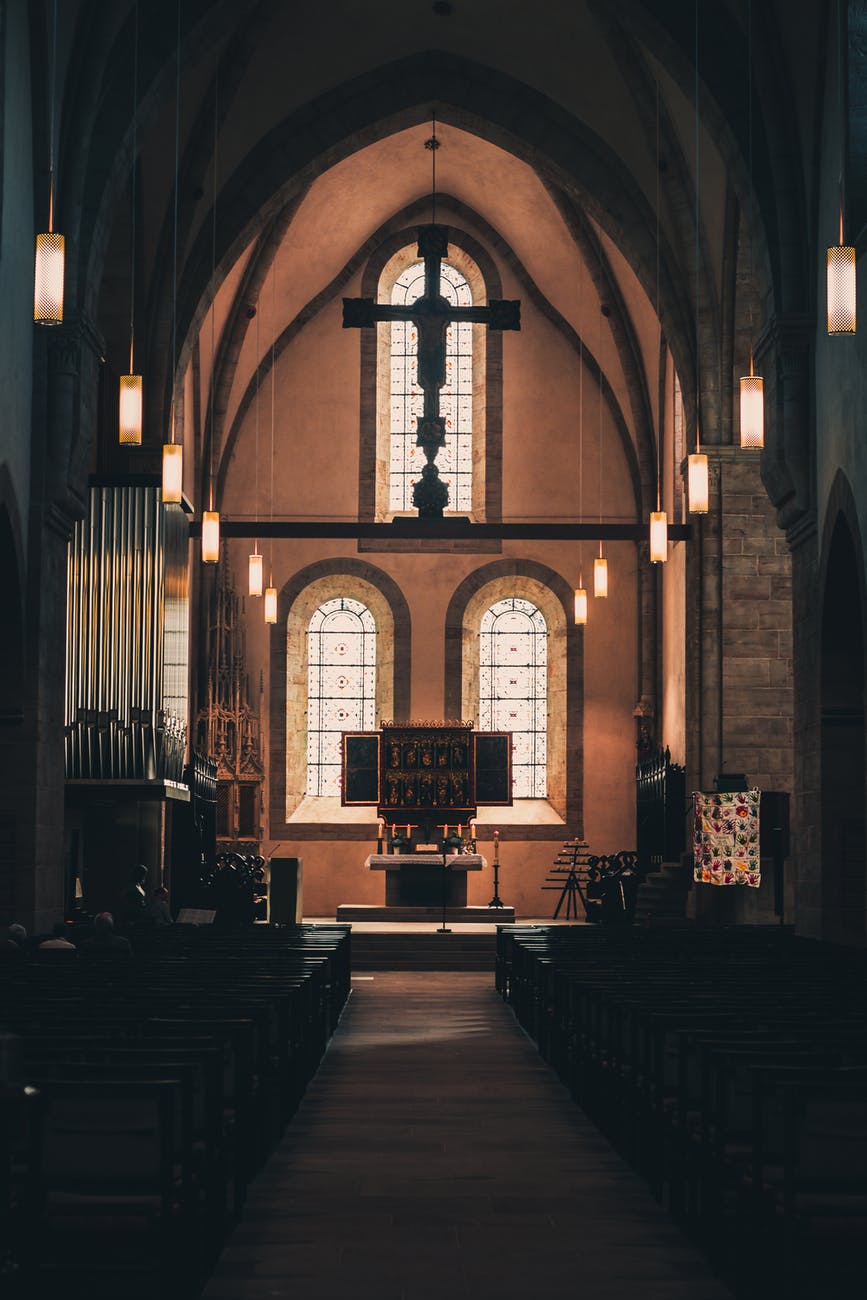 Writing Prompt: “After being told she had an accident and had “gone to heaven”, his mind exploded in a white hot rage. 7 year old Roger wants his kitty back and God doesn’t know what’s about to hit him.”

“I see,” Father Perez said with a nod.

He knelt down next to Roger.

“I’m sorry that Shadow is no longer with you, but I know he -”

“-She,” Father Perez corrected himself. “Is having a great time up in heaven.”

“I want to see him,” Roger said as he folded his arms.

“Roger, we can’t see God. But he’s here. He’s all around us,” Father Perez stretched his arms out, alluding to the entire sanctuary. “Whatever you say here, he can hear.”

“He can hear me right now?” Roger asked.

Roger looked up at the cathedral’s ceiling and took a deep breath, puffing up his chest. Then he yelled out!

The words echoed throughout the church’s sanctuary and Roger’s Mother covered her own mouth in shock.

“You suck! You suck and I hate you!” Roger yelled again.

“He took Shadow away. I don’t want Shadow in heaven. I want her here. I love Shadow. She’s my best friend,” Roger let out a sigh and hung his head, tears forming in the corners of his eyes.

Father Perez nodded his head and put a hand on Roger’s shoulder.

“You know, Roger. You aren’t the first person to tell God that you hate him,” Father Perez said. “Lots of people go through periods where they hate God. Sometimes people hate God when things in life don’t go right. Or when someone they love goes to heaven. Sometimes people hate God because they think God should stop bad things from happening. But that’s not how God works.”

This didn’t seem to make Roger feel better. He was wiping tears from his eyes as he continued to look down at his feet.

“I know that you don’t want Shadow to be gone and that you miss her very much,” Father Perez continued. “But you always have the memories of Shadow, right? Pictures. Shadow’s toys? Little mementos of your time with Shadow. Even though Shadow is up in heaven with God, you have those things that remind you of Shadow.”

Roger raised his head to look at Father Perez and his mother.

“Plus it sounds like Shadow was an amazing kitty cat. She is probably up in heaven having so much fun with all the people up there,” Father Perez said. “And the good thing about Heaven is when one day you find yourself there, Shadow will be waiting for you, ready to play and cuddle again.”

“Plus think about this. You know how God can hear your prayers?”

“Well I’m sure God will happily pass along those messages for Shadow. Just remember when you pray, talk to Shadow and she’ll get your message,” Father Perez explained.

Father Perez gave a slight smile and then looked over at Roger’s Mother.

“Not a problem,” Father Perez said. “Is there anything else you need to say, Roger?”

“Sorry for yelling,” Roger said in a meek tone.

“That’s alright, Roger. Sometimes it’s better to yell those prayers out loud,” Father Perez said. “And just know if you ever want to talk to me or God about Shadow or anything else, all you do is ask your Mom or Dad to bring you, ok?”

“Thanks,” Roger said as he leaned over into his mother’s outfit.

“See you on Sunday,” Father Perez said with a wave as Roger and his mom walked out the doors of the church and to their car.

“Do you feel better?” Roger’s Mother asked as she helped buckle in Roger.

“I do too, Sweetie,” She said as she gave Roger a kiss on the forehead.

“Can we go get ice cream?” Roger asked.

“Of course, Sweetie,” Roger’s Mom said as they drove away from the church.