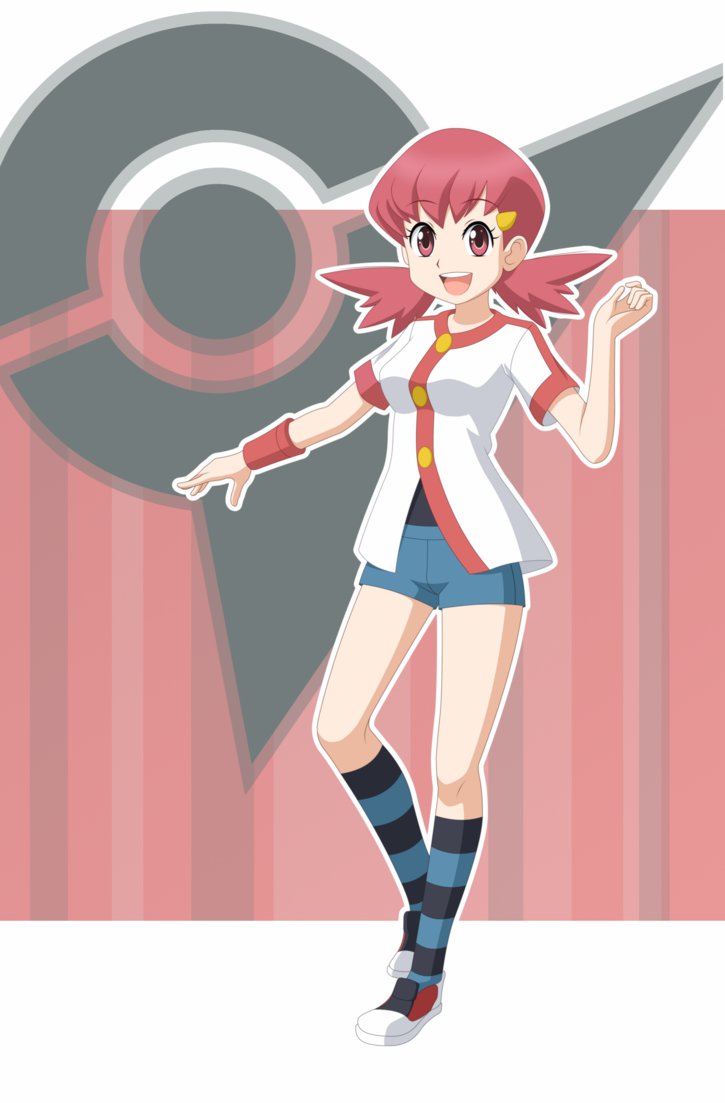 Jonathan and Beatrice journeyed through The Ilex Forest and emerged on the other side. They traveled together going North along Route 34 where Jonathan battled and trained. He also stopped by the Pokémon Daycare where he dropped off Sentret. Jonathan wasn’t sure it was useful in his team, but felt sad about keeping it in its Pokéball all the time. He felt that Sentret would be better off staying with the elderly man and woman at the Pokémon Daycare.

The two then made their way to Goldenrod City. It was by far the largest city they had been to. It had large buildings with several floors reaching up into the sky. On the western part of the city, which was near the coast, was a large building.

“That’s the radio tower,” Beatrice noted. “You can get a radio app for your Pokégear there which lets you listen to music or Professor Oak’s Radio Program.”

“That is Goldenrod City’s Department Store. Multiple floors of clothes and assessories.”

“They also have Pokéballs, food, and other items to use in battles,” Beatrice said.

“Well that’s worth checking out I guess,” Jonathan said.

Jonathan and Beatrice spent a couple of days exploring Goldenrod City and the variety of shops it had. Jonathan battled in the underground tunnel and trained there while Beatrice spent time trying to track down clues about Team Rocket and Silver. Jonathan went to the Bike Shop and got a free bike in exchange for free advertising as he rode around the Johto Region. Both Jonathan and Beatrice went to the garden shop. There they learned that there was some kind of strange tree blocking the path back to Violet City. Jonathan was given a watering can and told to check out Goldenrod’s Pokémon Gym.

“Well Bea, we explored the entire city and there is no sign of Team Rocket or Silver,” Jonathan said. “Now what do you want to do?”

“I thought about checking out the Game Corner,” Beatrice said.

“Really? I didn’t know you were a gambler,” Jonathan laughed.

“I’m not! I just thought it sounds like a place where bad people like Team Rocket might hang out. Maybe they’re behind the whole thing. You know, using it as a hideout.”

“Well I thought about checking out the Gym. It’s pretty much the only place I haven’t checked out yet. It will give me a chance to get my third badge and maybe the Gym Leader has seen Silver.”

“Fine,” Beatrice let out a sigh. “Go get your Gym Badge. Just make sure you ask about Silver. I’ll check out the Game Corner.”

“I will. Good luck with the gym battle,” Beatrice said.

Jonathan nodded and they split up. Beatrice headed off towards the Game Corner and Jonathan made his way to Goldenrod’s Pokémon Gym. The outside looked similar to both Falkner’s Gym and Bugsy’s Gym, but it was brightly colored with pinks and oranges.

Jonathan opened the door and was bombarded by pink streamers hanging from the ceiling and a variety of colors. It almost looked like a little girl’s birthday party was happening inside of a Pokémon Gym. 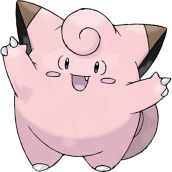 Out of the corner of his eye, he noticed a small, pink Pokémon running towards him.

It bounded towards Jonathan and proceeded to cling to his leg.

“Woah there,” He said taking a step back and Cleafairy hid again. 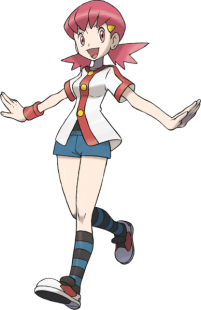 A woman emerged from the back of the Gym. She noticed Jonathan and skipped over to him.

“Have you seen a Clefairy around here?” The girl asked.

Jonathan pointed down to his leg and the small, pink Pokémon hiding behind him.

“Clefairy, what are you doing down there?”

She bent down and picked up Clefairy.

The girl looked up at Jonathan.

“Oh my gosh. I’m so sorry. I’m being so rude. Hello, my name is Whitney and this here is my Clefairy,” She said.

“Why does Clefairy seem so upset?” Jonathan asked.

“Well it’s complicated. See I’m Goldenrod’s Gym Leader and I specialize in Normal-Type Pokémon. Clefairy here battled with me. But now. I recently received information, after getting back from a trip to the Sinnoh region, that they’ve recently discovered a new Pokémon type.”

“So that’s why Clefairy is so upset. She is sad that she will no longer be able to be a part of Gym battles because she is no longer a Normal-Type Pokemon.”

“Exactly,” Whitney said with a sigh. “But that doesn’t mean I don’t still love it. I mean look how cute it is.”

Whitney lifted up the Clefairy up into the air.

“Uh…yeah. I guess it is cute,” Jonathan said.

“Super cute,” Whitney hugged Clefairy and it seemed to calm down.

“Of course. Oh. You probably want a Gym battle, right?”

“Yeah I was hoping to get my third Gym Badge,” Jonathan said.

“Well I’d be glad to battle with you,” Whitney said with a wink. “You just have to tell me your name first.”

“Ok Jonathan, I’ll give you a battle. Plus, that will give me a chance to test out a new Pokémon I captured in the Sinnoh region. Come on, let’s get ready to battle.”

Whitney turned with Clefairy in hand and skipped over to the battlefield. It was similar to many other battlefields in Pokémon Gyms. It was flat and grassy, but had some large muddy divots across it.

Whitney stepped up on the podium on her side of the field with Clefairy by her side.

“You ready to battle?” She asked.

Jonathan stood up on his side. 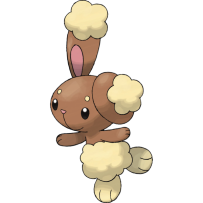 There was a flash or red light and a small cream and brown Pokémon emerged on the field.

“Bun! Bun!” It hoped up and down on the grassy field.

“I’ve never seen a Pokémon like that before,” Jonathan noted.

“That’s Buneary. The rabbit Pokémon. You won’t find one in the Johto Region, because they are native to the Sinnoh Region. But look how cute it is!” Whitney said with a big smile.

“It might be cute, but it’s not as cute as my Pokémon,” Jonathan said. “Go Phanpy!”

Jonathan tossed his Pokémon into the air and it opened with a flash. 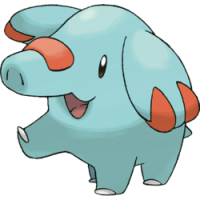 There on the battlefield was the small elephant Pokémon, Phanpy.

“Well thank you,” Jonathan said with a small laugh. “It’s a good battler too.”

Buneary and Phanpy charged towards one another. Phanpy slammed its head into Buneary which attacked with its ears. Both were knocked back.

Phampy flapped its large ears kicking up dirt and mud which covered Buneary.

“Buneary, return!” Whitney pulled out her Pokéball and it disappeared.

“It sure is a cutie, but not much of a battler. Still needs more training,” Whintey said. “But don’t worry. I have someone who’s been with me a long time.”

Whitney pulled another Pokéball from her belt.

“Bring it on,” Jonathan said.

There was another flash of red light and a pink cow Pokémon appeared.

“We’ll see how well it does against Phanpy,” Jonathan said.

“Miltank, use Roll Out!”

Miltank rolled up into a ball and launched forward, rolling across the field. It became apparent that the divots in the battlefield were caused by Miltank rolling.

The two Pokémon rolled towards one another and slammed into the other. There was a splash of mud and dirt and Phanpy was sent skyward. It slammed onto the ground and rolled backwards into Jonathan’s legs.

“Good job, Phanpy. You tried hard,” Jonathan knelt down and pulled out the Pokéball and Phanpy disappeared inside.

“What else do you have for Miltank to roll over?” Whitney asked.

Mareep appeared on the battlefield.

“You have a farm Pokémon and I have my own farm Pokémon,” Jonathan said. “Except mine has electric wool.”

“Pffft. Electric wool. Nothing can stand up to Miltank.”

“Miltank use Roll Out!”

“Mareep, dodge and use Thundershock!”

Miltank rolled forward, spinning quickly, towards Mareep. Mareep was barely able to get out of the way as Miltank rolled past. Then Mareep unleashed a bolt of electricity. The bolt struck Miltank, but it did not slow down.

Miltank spun around and came back for another attack.

Mareep unleashed another blast of electrical energy, but Miltank continued to move forward. It slammed its body into Mareep and kept on rolling.

Miltank slammed itself into Mareep. Again and again. Miltank continued to speed up with each attack. This was not looking good for Jonathan and Mareep.

“Come on, Mareep! We can do this!” Jonathan called out.

“Mareeeep!” It let out a cry and then it started to glow.

“Woah,” Both Whitney and Jonathan said in unison.

Mareep’s body began to glow with a bright, white light. It was so bright that both trainers had to guard their eyes and Miltank stopped with its Rollout attack.

Then the light subsided and Mareep was no longer Mareep. It had evolved into a new Pokémon. 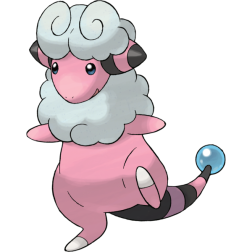 In Mareep’s place was a pink Pokémon with white wool around its neck and head with black stripes on its tail and a blue sphere on its tail.

“Flaaaaafy!” It seemed beaten up but determined.

“You’re right, Miltank. This is just a mild distraction. Ready to get back into this battle,” Whitney called out. “You ready to finish this, Jonathan?”

“Of course! Flaaffy and I are ready to win this!”

Miltank rolled forward, speeding towards the newly evolved Flaaffy. Flaaffy stood its ground and the orb on its tail glowed bright. Electricity built up in its body and then it unleashed the blast of electricity. The lightning bolt shot forward and struck Miltank as it rolled forward. This lightning was much more powerful than Mareep’s Thundershock. There was a small explosion of dirt and grass.

Flaaffy was knocked back but managed to stand on its feet. Miltank; however, was not as lucky. The electricity surged through its body and left it laying on the ground, unable to battle.

“How could I lose?” Whitney asked before sinking to the ground.

Flaaffy returned to its Pokéball as Jonathan walked over to Whitney.

“Hey that was a really good battle,” Jonathan said. “You really gave me a run for my money.”

Whitney was busy crying to herself to notice Jonathan at all.

She turned towards it and sniffled.

“You’re right, Clefairy. Sometimes things don’t go the way we want, but we have to be strong,” Whitney said while wiping tears from her eyes.

Whitney stood and picked Clefairy up off the ground. 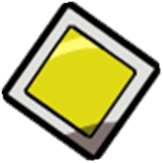 “Alright, Jonathan here is your Gym Badge. It’s the Plain Badge. Hopefully you’ll think of me every time you see it. Not the crying thing, but the cute thing,” Whitney said.

“Also, if you want to continue to collect Gym Badges, you’ll want to make your way to Ecruteak City. You can find Gym Leader Morty who is a user of Ghost-Type Pokémon.”

“Yeah I’m not a fan. Ghost-Type Pokémon and Normal-Type Pokémon don’t mix so I stay clear. But maybe you’ll have a better time with them.”

“Thanks Whitney, I really appreciate it,” Jonathan said.

They said there goodbyes and Whitney gave Jonathan a hug before he left. Jonathan made his way to go find Beatrice so they could make their way to Ecruteak City.