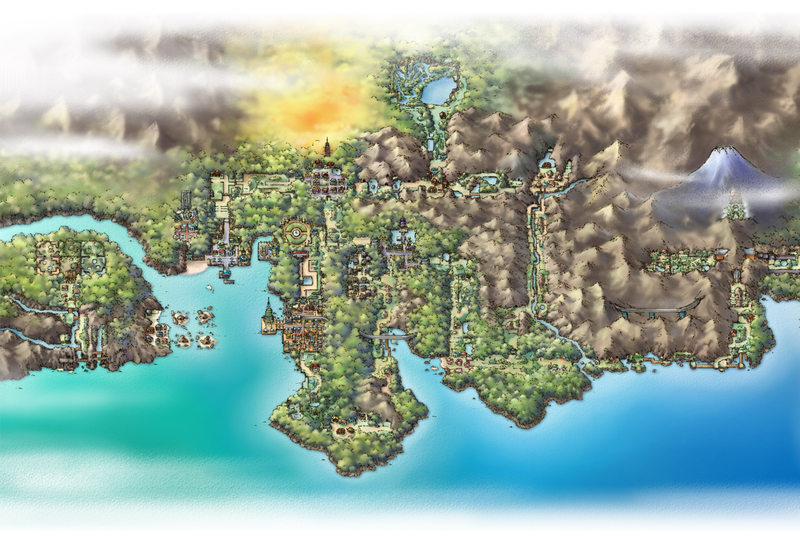 Jonathan woke up early in the morning. Normally he was not a morning person but this was the day he was going to start his Pokémon journey. He had turned 15 years old a few months ago and that means he was old enough to become a real Pokémon trainer. He couldn’t wait to go on the journey. 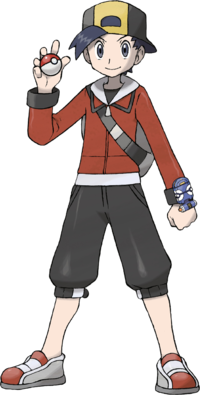 “Slow down Jonathan,” His mother said. “The Pokémon will still be there after you eat your breakfast.”

“He’s just excited, honey,” Jonathan’s father laughed. “You remember what it was like on your Pokémon journey.”

“I remember that there was a new boy in town who happened to choose Chimchar as his chosen Pokémon,” She said.

“I remember it a little differently. I remember Chimchar to rescue both you and Professor Rowan from that flock of Starlys,” He said.

“Me and Pipulup could have handled it ourselves.”

“Now before you leave, did you pack everything you need? Change of clothes? Those new running shoes I bought you?” His mother asked.

“How about the alarm clock, did you get that working?”

“Yes, Mom. Can I go now?” Jonathan was eager to get out of the house. 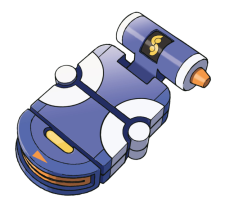 “Yes, fine. You can go. Just remember to call us, ok? That Pokégear can reach us no matter where you are. You just have to make sure it’s charged.”

His mom gave him a kiss on the top of his head.

Jonathan was out the door at fast as he could and on his way to Professor Elm’s Lab.

“They grow up so fast,” Jonathan’s father let out a laugh before returning to reading on his tablet.

Jonathan ran quickly down the road, through New Bark Town, and towards Professor Elm’s Lab. Every new trainer new that you had to check in with the local Pokémon Professor. They would give you everything you needed for your journey across the region including the Pokédex, some Pokéballs, and your starter Pokémon. The Pokédex was a digital encylcopedia of all the Pokémon in the region and Pokéballs helped you capture wild Pokémon. But the starter Pokémon was what Jonathan was most excited for.

He spent a lot of time thinking about his decision. Would his first Pokémon be the Leaf Pokemon, Chikorita, the Big Jaw, Water-Type Pokemon, Totodile, or the Fire Mouse Pokemon, Cyndaquil? The decision to choose to start with a Grass Type, Water Type, or Fire Type Pokémon was a huge decision that every trainer made when starting out their journeys and could completely change how well Jonathan would do on his journey. His Father had chosen a Fire Type Pokémon to start out his journey and his Mother had chosen a Water Type. Maybe he should choose Chikorita to be different. But Grass was weak to the first Pokémon Gym Leader who used Flying Type Pokémon.

All of this was going through his mind when he showed up at the lab.

He knocked on the door.

The door opened and there stood the Pokémon Professor. He wore a white lab coat that was filled with papers and he had an assortment of books in his hands.

“Oh my, if it isn’t Jonathan,” Professor Elm said.

“Yes, yes I can see that. Well come in. I was just finishing up some work.”

Professor Elm let Jonathan in and they both walked through the lab. There were a few assistants researching on their laptops at the front of the lab and Professor Elm’s office was in the back.

“It’s a heightened state Pokémon can achieve during battle where they will take on a heightened state and become more powerful. Professor Sycamore proposed that it happens because of a strong bond between the trainer and their Pokémon. Also it requires two items. The trainer must have what’s called a Key Stone and the Pokémon must be holding it’s specific Mega Stone. Both items are really rare.”

“Are there Johto Pokémon that Mega Evolve?” Jonathan asked.

“Woah! Do any of the Johto starters have Mega Evolution?”

“Unfortunately they don’t,” Professor Elm said. “Or at least we have not discovered their Mega Stones yet. It’s possible that we will discover Mega Stones for the starters and unlock their Mega Evolutions. But for now, we do not believe they do.”

“Don’t worry Jonathan. If you want to see Mega Evolution for yourself, there is still a possibility. Some Pokémon in the Johto Region can Mega Evolve.”

“I have an idea. I just got an email from Professor Oak saying that he was visiting a friend in the Johto Region and that he had a gift for me. How about you go visit him and talk to him about Mega Evolution. He’s more of an expert. Plus that will save me from doing that errand.”

“Ok great,” Professor Elm said. “First we need to get you set up with your Pokémon.” 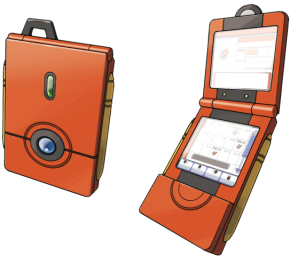 Professor Elm pulled out a tray with three Pokéballs sitting on it. One for each starter Pokémon. There was also the Pokédex and five extra Pokéballs.

“So what Pokémon are you thinking of starting with? Chikorita, Totodile, or Cyndaquil?” Professor Elm asked.

“I thought about it long and hard,” Jonathan said looking over the three Pokéballs. “But ultimately I think I’m going to have to go with… Cyndaquil!”

Jonthan picked up the third Pokéball up into the air.

There was a flash of red light emitting from the Pokéball and then there before them was a small, green and white Pokémon.

It looked up at Jonathan.

“Cyndaquil!” It said emiting red hot flames from it’s back. 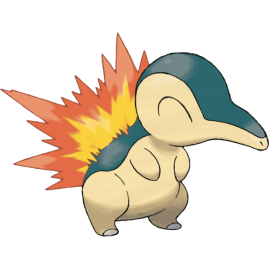 “Wow, that’s amazing!” Jonathan said kneeling down to examine it.

“Be careful Jonathan,” Professor Elm said. “Those flames can get quite hot.”

“I love it so much,” Jonathan said with a big smile.

“Well I’m glad you are happy with your choice,” Professor Elm said. “Go out there and get some experience with your new friend. Remember Professor Oak will be on Route 30. Take Route 29 out of New Bark Town, go through Cherrygrove City, and then head North. That will be Route 30.”

“Excellent Professor,” Jonathan said picking up Cyndaquil. “We’ll be back in no time.”

“See you soon, Jonathan. And remember to stop at a Pokémon Center if your Cyndaquil gets hurt on your journey.”

“Will do, Professor,” Jonathan said with a wave and he was out the door.

Jonathan and Cyndaquil made their way towards Route 30. During this Jonathan ran into several wild Pokémon, but they were no match for Cyndaquil and his Fire Type Move Ember. The spots on its back would flare up and Cyndaquil  would unleash a ball of fire from its mouth. Rival Pokémon like the Flying Type Pidgey and the Normal Type Sentret were no match for it.

Jonathan stopped in Cherrygrove and got his Pokemon healed at the Pokémon Center before moving on to Route 30. There he ran into several more Pidgey and Sentret as well as the Bug Type Pokémon, Ledyba. Bug Types are actually super weak to fire, so Cyndaquil was able to beat them easily using it’s Ember attack.

Even though they just started on their journey together, Jonathan and Cyndaquil were becoming quite a team.

Eventually Jonathan and Cyndaquil were at Mr. Pokémon’s house.

Jonathan knocked on the door and Mr. Pokémon opened it.

“Well what do we have here?” Mr. Pokémon asked. 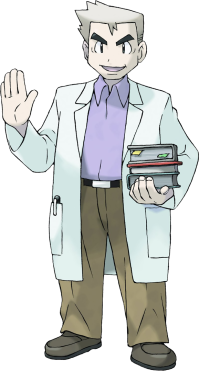 There inside was another Pokémon Professor wearing their iconic, white lab coat.

“We have a visitor, Samuel,” Mr. Pokémon said.

“Nice to meet you, Jonathan. Professor Elm sent you, correct?”

“Yeah he told me you had a present for him and I came here to retrieve it for him,” Jonathan said.

Professor Oak poured out a cloth bag about the size of a basketball, but more oval.

“Thank you Jonathan,” Professor Oak said handing him the gift. “Be careful with that, won’t you.”

“I had some questions about Mega Evolution I was hoping you could answer,” Jonathan said.

“We were just talking about the same thing. Apparently this news is everywhere.”

“Come sit down, Jonathan. I can tell you everything I know about it,” Professor Oak said.