Pokémon HGSS #3: Battle For The Skies

Jonathan walked out of the Violet City Gym holding the Zephyr Badge with pride. He had managed to defeat the Gym Leader Falkner and his Flying-type Pokémon and got his first gym badge. Even though Jonathan was proud of this accomplishment, he still had a sinking feeling in his gut.

“I guess I need to go find Beatrice,” He thought out loud.

His neighbor and longtime friend, Beatrice, was on a mission to find the red-haired boy who trashed Professor Elm’s lab and stole a Totodile. Initially Jonathan blew this off thinking that it was too dangerous to pursue the Pokémon thief, but he knew that Beatrice was not someone who gave up easily. She would continue to track down this guy no matter if Jonathan helped or not, so I guess he should help her and keep her out of trouble.

Jonathan went to the Pokémon Center and healed up his Pokémon. Afterwards his Pokégear began to ring.

“Kind of,” Jonathan admitted. “I found her but I couldn’t convince her to leave the red-haired boy alone. I’m not sure where she went.”

“Well I need you to find her. I have been told that there are sightings of people wearing all black stealing Pokémon up and down Route 32 which is South of Violet City. She might have went there.”

“Also, Jonathan, I did some research on the Pokémon Egg, but was not able to identify it. I sent one of my aide’s ahead to give it you.”

“I figured the best way to identify it, is to let it hatch. I figured you could carry around on you in your journey. Just call me the moment it hatches.”

He hung up the Pokégear. Jonathan then made his way South on Route 32. He met up with the Professor’s aide and received the Pokémon aide. He was also informed that Beatrice had passed by and said she was on her way on Route 32 to Azalea Town. 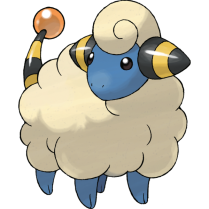 So Jonathan made his way along Route 32. Along the way he battled trainers and raised both Cydaquil and Phampy. Jonathan also caught a Mareep to add to his team favoring it over Sentret. Jonathan battled his way through Union Cave where he took on several strong trainers with Rock-type and Ground-type Pokémon. They made it through by overcoming these tough trainers and Jonathan eventually emerged on the other side. He had made it to Route 33, right outside of Azalea Town.

As he approached Azalea Town, he noticed two people standing on the edge of town. One was holding a pink and white Pokémon.

Jonathan approached slowly keeping himself hidden from the two people, but got close enough to hear them talking.

“These things will make us filthy rich,” One said to the other.

“Slowpokes? Why? They don’t look like very powerful Pokémon,” The second one said.

“I didn’t realize. And we’re using the money for?” 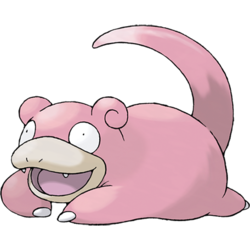 “You idiot, do I have to explain everything for you? We’re using the money from the Slowpoke tails to fund Team Rocket’s return.”

The first one shuck his head.

“Come on. Let’s go before someone sees us.”

They both moved to an old, broken down well. They made a quick glance around and then climbed into it.

“We have to go after them.”

Jonathan jumped into the air and looked towards the source of the whisper. There in the bushes behind me stood Beatrice and her Marill.

“You almost gave me a heart attack,” Jonathan said. “How long have you been here?”

“Well I spent a couple of days in Azalea Town doing some research and then I heard about people stealing Slowpokes during the night. I tracked two suspicious individuals to here,” She said. “It seems like they are using that old well to store the Slowpoke.”

“I heard them saying something about Slowpoke tails and Team Rocket,” Jonathan added.

“Slowpoke tails used to be considered a fancy treat, but they were outlawed because it hurt the Slowpoke. I’m not sure about the Team Rocket thing, but if those people are going to hurt Slowpoke to sell their tails, we have to stop them.”

“Beatrice, maybe you should let me handle this,” Jonathan said.

“Like when you handled investigating in Violet City? Oh right. You were too busy battling at the gym,” Beatrice folded her arms. “I’m doing this with or without you.”

“Fine I’m coming with you,” Jonathan said. “Just be careful. Professor Elm will be furious at me if anything happens to you.”

“Just come on,” She said and they both moved towards the well.

They peered inside. At first it looked like just an old, abandoned well. Completely dark. Then Jonathan noticed that there were hand holes in the stone.

He hoisted himself over the stone wall and used the handholds to climb down the well, trying to be as stealthy as possible. Beatrice followed suit with Marill on her shoulder.

They climbed down about fifty feet down into the well. There at the bottom was a small hole into a larger stone cave. The ground was rocky and wet with puddles of water. It was dark and damp.

“Not yet. Must be farther in,” Jonathan said.

They both walked further into the cave. Small droplets of water fell up above.

Jonathan opened up his Pokéball and Mareep appeared in front of the group.

“Mareep, light up this cave for us.”

Mareep nodded and the orange sphere on the tip of its tail began to glow.

Jonathan held up a hand and they stopped abruptly.

He heard voices from further down in the cave.

“They must be up ahead. Let’s go,” Beatrice said.

Both Jonathan and Beatrice ran forward. There at the end of the cave it opened up in what looked like a small, underground lake. There on the bank were two individuals dressed in all black. Among them were about a dozen pink and white Pokémon called Slowpoke.

“Stop right there!” Beatrice yelled out.

So much for the element of surprise.

The two people turned. One of them was a Team Rocket Grunt in the usually black uniform and the large, red letter R on the shirt. The other one looked more experienced like he was the person in charge.

“Children? What are two children doing down here,” The Rocket Grunt asked.

“Not until you give back those Slowpoke,” Jonathan yelled.

“Come on,” The Executive said. “They’re just kids. We can taken them.”

They both stood up and pulled out a Pokéball.

Two Pokémon emerged from the red light. One, the Zubat, was a bat with a blue body and purple wings and ears. It bared its fangs as it flapped in the air. The other was Koffing, the poison gas Pokémon, was a purple ball that floated in the air. It’s body expelled poisonous gas.

“You take on the Zubat. I’ll take on the Koffing,” Jonathan told Beatrice and she nodded.

“Marill, use Water Gun on the Zubat,” Beatrice yelled.

Marill hoped forward and unleashed a blast of water from it’s mouth like a firehouse. The high-pressured water slammed into the Zubat soaking it and knocking it backwards.

“Mareep, use Thundershock!” I yelled.

Mareep’s tail lit up brighter and it’s cotton wool began to glow with electricity. It unleashed a blast of lightning which shot forward and collided with Koffing.

Koffing opened its mouth and a cloud of dark purple gas emerged surrounding itself and spreading throughout the cave.

Koffing continued to produce more and more of the poisonous gas as it filled the cave. It began to cover up the Slowpoke on the shoreline, Mareep, and Marill.

Both Jonathan and Beatrice began to cough.

“This isn’t good, Jonathan,” Beatrice said through a coughing fit.

“I have an idea,” Jonathan replied. “Hit them with your Water gun.”

Marill began releasing another stream of water. It was like a sprinkler system covering both Koffing and Zubat.

Mareep lit up once again and unleashed a burst of electrical energy from its wool. The electrictiy hit the puddles of water and electrified the whole area. Both Koffing and Zubat were in the middle of an electric cloud.

Once Mareep’s Thundershock was done, the cloud of poisonous gas dissipated. Lying on the ground was both Zubat and Koffing unable to battled.

“No! No! What happened,” The Team Rocket Grunt said.

“Doesn’t matter. We’ve already collected enough of the Slowpoke tails,” The Executive smiled. “You haven’t seen the last of Team Rocket. We’re back and stronger than ever. You better stay out of our way, or you’ll be sorry.”

Both Rockets picked up their Pokémon and ran through Jonathan and Beatrice knocking them down onto the wet, cave floor.

Jonathan got up and helped Beatrice to her feet.

“We have to go after them, Jonathan,” Beatrice said as she picked herself up and dusted herself off.

“Beatrice, we can’t. If they are a part of Team Rocket, they are really, really dangerous. Plus we came here for the Slowpoke, right? And we saved them,” Jonathan said.

Beatrice glared at Jonathan, but then here face softened.

“Yeah I guess you’re right. We need to take care of these Slowpoke,” Beatrice said.

Jonathan turned to all the Slowpoke sitting by the water. He noticed that all but two were missing their tails.

“How are we going to get these guys out of here?” Jonathan asked.

“There is a man in Azalea Town. His name is Kurt. He makes Pokéballs. He’ll know how to get these Slowpoke out,” Beatrice said.

“Alright, you go get him and I’ll stay here with the Slowpoke. Just be careful getting out of this cave,” Jonathan said.

“Be right back,” Beatrice said as she ran down the pathway towards the entrance to the cave.

About fifteen minutes later, Beatrice came back with a group of people from Azalea Town.

“My name is Kurt,” One man stepped forward and shook Jonathan’s hand. “Thank you so much for helping us rescue these Slowpoke. All of these came from families in Azalea Town.”

“Beatrice has been staying with me for the past few days,” Kurt explained to Jonathan once they were out of the well. “Why don’t you stay with me as well.”

“Well I guess I could do that,” Jonathan said.

“Beatrice has told me a lot about you. You are challenging the Gym Leaders, correct?” Kurt asked.

“Well that settles it. You will stay with me and I’ll make dinner for the two of you. Then tomorrow you can take on the Pokémon Gym.”

“Sounds like a great idea,” Jonathan said with a smile.

“Then we’ll continue to track down the red-haired boy?” Beatrice asked.

“Yeah, after the Gym, we’ll track down the red-haired boy,” Jonathan said.