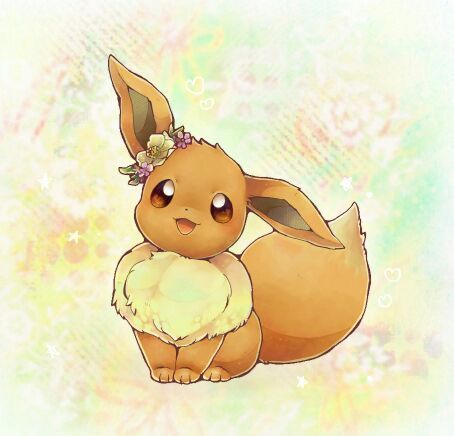 After that they followed Route 36 Eastward. There they ran into a strange tree which seemed to be blocking the shortcut between Route 36 and Violet City. The strange tree turned out to be a Pokémon and Jonathan battled it. At first Jonathan used Quilava thinking the Pokémon was a Grass-Type Pokémon, but fire moves were ineffective against it. Beatrice ended up using Marill and its water moves seemed to scare the Pokémon away.

“Maybe it was secretly a Rock-Type,” Beatrice said. “They don’t like Water-Type Moves.”

“Well it looked like a tree, but I guess that doesn’t mean it was a Grass-Type Pokémon. Maybe you’re right,” Jonathan said.

After clearing the shortcut, they both went North on Route 37. Jonathan battled several trainers and raised Quilava, Phanpy, Flaaffy, and Scyther forging deeper bonds with all four Pokémon.

Eventually they made their way into Ecruteak City. It was a smaller city similar to Azalea Town which was surrounded by forest.

“This place looks old, but in a good way,” Beatrice said looking around. “It’s rustic.”

“You only care about Gym Battle,” Beatrice frowned.

“Well maybe as we explore Johto, you can take in the scenery. Explore the town a bit. Get to know the people.”

“You’re the one who wants to chase down that Silver guy.”

“We both want to do that, remember?”

“Yeah I know, you’re just the one who made it seem like a time sensitive mission,”

“I know, I know,” Beatrice said. “But I also feel like we’re missing out a little bit. We’re rushing through each city so quick.”

“Not exactly. Let’s keep an eye out for Silver or any Team Rocket Members. But let’s also be appreciative that we’ve been taking this time to explore Johto. Not everyone gets that opportunity.”

“Alright. I’m not getting you one hundred percent, but I am up for exploring the city a bit before I take on the Gym Leader,” Jonathan said. “Let’s stop by the Pokémon Center and see what they think about this.”

Beatrice agreed and they both headed off to the Pokémon Center.

As they entered, Beatrice and Jonathan both noticed that there was a gentleman standing near the Nurse’s Desk.

“Thank you, Nurse Joy. I’m happy to know that this Eevee is happy and healthy,” The gentleman said.

“That’s Bill,” Beatrice said before running up to the desk.

“Who?” Jonathan walked up.

Bill turned as Beatrice ran up to her.

“You’re Bill. You’re Bill,” Beatrice said as she jumped up and down.

“Bea, calm down,” Jonathan walked up next to her.

“Beatrice,” She said as she put out a hand.

“Sorry for my friend here,” Jonathan said. “I’m Jonathan and this is Beatrice. Apparently she knows you.”

“I am kind of famous I guess,” Bill said.

“Jonathan, this is Bill. He’s a genius. He made huge improvements in computers and communication. The work he did opened up a world of digital communication which lead to things like the Pokégear,” Beatrice explained.

“That is a little to generous. Especially the genius part. But yeah I am involved in computer and communication technology,” Bill said.

“Did I hear that you have an Eevee?” Beatrice asked.

“Oh yeah. I received it as a gift from the Kimono Sisters. They specialize in dance, tradition, and Eeveelutions,” Bill said.

“It’s a nickname for Eevee’s evolutions. Eevee is an unique Pokémon because it has multiple evolution lines. As of right now, we know of eight different evolutions all with different Typings,” Bill explained.

“Did you say something about Komono Girls?” Beatrice asked.

“Oh. Yeah. They are all Sisters that put on shows at the Ecruteak Dance Theater. They dance and put on performances with their Pokémon depicting the legends of Johto. You might want to stop by and check it out while you’re in town,” Bill said.

“No problem. Anything to help our trainers like you two. I can tell both are you are passionate and care about your Pokémon,” Bill said reaching out to pet Beatrice’s Marill. “If you ever need anything, I have a house in Goldenrod City. Feel free to stop by.”

“Yes,” Bill said with a bit of nervousness. “Just make sure to call first.

“Can I see your Pokégear?” Bill asked.

“There you go, have a wonderful day,” Bill smile and headed out the door.

Beatrice looked at Jonathan with her mouth open.

“I can’t believe we just met Bill and you got his Pokégear number,” She said.

“I can’t believe you didn’t scare him off,” Jonathan laughed.

Beatrice gave Jonathan a playful jab in the ribs with her elbow.

After getting their Pokémon fully healed, Jonathan and Beatrice made their way towards the Ecruteak Dance Theater. Listed on the front door were times for shows which all seemed to happen in the evening. The door seemed to slightly ajar and there was some kind of noise was happening from inside.

“Get away from me,” A woman yelled inside.

“Sounds like someone is in trouble,” Beatrice said. “We have to help.”

Jonathan nodded before they opened the door and busted into the room. Up near the front of the stage was a woman wearing a Komono and a man wearing all black.

“Where are the rare Pokémon? Give them to me,” The man grabbed the woman’s wrist.

“Hey get away from her!” Beatrice yelled.

Both of them turned towards Jonathan and Beatrice. When the man turned, they noticed the large, red R on his shirt.

“This is none of your business,” The man sneered.

“You’re a member of Team Rocket,” Jonathan said pulling a Pokéball from his belt. “That makes it my business.”

The Rocket Grunt let go of the woman who fell back against the stage. He pulled a Pokéball from his belt.

“You want a battle? I’ll give you a battle,” He sneered. “Go Koffing!”

The purple ball with a skull on its chest floated next to the Team Rocket Grunt.

Koffing opened its mouth and black smog began to spill out and fill the room.

Jonathan covered his mouth the best he could but started to cough.

Scyther flapped its wings and moved quickly towards Koffing. It slammed its body into Koffing which disrupted Koffing’s Smog Attack.

Scyther slashed out with its blade like claws striking Koffing.

Koffing slamed its body into Scyther knocking it back but it managed to dig its claws into the floor to slow itself.

Scyther launched back into battle with another slash of its blade. This time the Koffing was knocked backwards and it slammed into the Team Rocket Grunt knocking him onto the ground.

The man quickly got to his feet holding the Koffing. It was barely able to move.

“We got to get out of here,” The Grunt said. “Koffing Smokescreen.”

Koffing rose again and opened its mouth filling the room with thick, black smoke. This was much thicker and blocked the vision of everyone in the room.

“Jonathan, don’t let him get away!”

Even though Scyther was fast, it could not find Koffing in all the smoke. It slashed out with its blades, but met no target. Eventually the smoke began to dissipate, but by then, the Team Rocket Grunt and Koffing were gone.

Beatrice ran up to the front of the stage and helped the Komono Girl to her feet.

“Thank you so much,” The girl said with a small bow. “The man showed up as I was rehearsing my part for the show and I didn’t have any time to react before he grabbed me. He demanded that I hand over my Pokémon to him. That’s when you burst in.”

Jonathan put Scyther back in its Pokéball and then walked up to Beatrice and the girl.

“I’m glad we got here to help you,” Beatrice said.

“Too bad we couldn’t catch him,” Jonathan said.

“It’s alright,” The girl said. “All of the Pokémon are backstage relaxing. If you didn’t come when you did, it’s possible he could have gotten away with all five of them.”

“You train with Eevee and its evolutions, right?” Jonathan asked.

“Nice to meet you, Zuki. I’m Jonathan and this is Beatrice,” Jonathan said.

“Nice to meet you two as well,” Zuki said with a smile. “Since you just saved me and the Pokémon, would you like a tour of the Theater?”

“We’d love to,” Jonathan and Beatrice said in unison.

Zuki took them both backstage and showed them both the changing room, prop room, costume room, scenery storage, and finally the staging area where the Pokémon were resting.

“Which one is yours?” Jonathan asked. 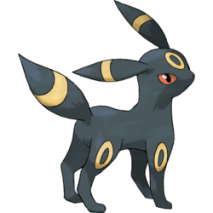 “My Pokémon is Umbreon,” Zuki said pointing to the Black Fox-like Pokémon with yellow rings on its body.

Umbreon opened its eyes and let out a yawn as it stretched out its body.

“Umbreon is a Dark-Type Pokémon and loves staying up late at night, just like me,” Zuki said petting Umbreon behind its ears. “That’s actually why I’m here and all of my other sisters aren’t. I slept through our morning practice, so I came here to practice instead of relaxing this afternoon.”

“They say that people’s Pokémon take on the traits of their owners,” Beatrice said. “So I guess that’s true the other way round.”

“So what are the names of all these other Pokémon?” Jonathan asked.

“Wow you have a lot of Sisters,” Beatrice said.

“I actually have three more Sisters that aren’t here,” Zuki said with a giggle. “Two are traveling together in the Sinnoh Region and one is traveling in the Kalos Region.”

“Yeah it is,” Zuki nodded. “For the most part we all get along. Especially since we have the show which brings us together.”

“What kind of shows do you and your sisters perform here?” Jonathan asked.

“We perform all types of shows about the myths and legends of the Pokémon world. Our biggest show and fan favorite is the Legend of The Brass Tower and the mythical Pokémon Ho-Oh,” Zuki said.

Both Jonathan and Beatrice stared blankly at Zuki.

“You have heard of the story behind the Brass Tower, haven’t you?” Zuki asked. 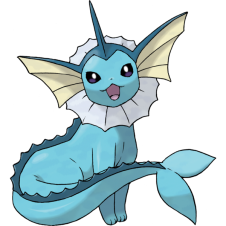 Jonathan and Beatrice looked at each other and then back at Zuki.

“No we haven’t,” Jonathan said.

Again the two shook their heads, no.

“Wow. You can’t come to Ecruteak City and not check out the Brass Tower. Of course we have a show tonight which will explain the whole thing, but I think it would be better to check out the tower for yourself,” Zuki said.

“I guess we should check it out,” Jonathan said.

“Well if you want, I can give you a tour,” Zuki suggested.

“Really? You’d that for us?” Beatrice asked.

“Are you kidding me? Of course. You saved me and these Pokémon. It’s the least I can do,” Zuki said.

“But if you want to show us the tower, we’d really appreciate it,” Jonathan added.

She turned back to her Umbreon.

“Come on Umbreon, let’s have a look around the Brass Tower,” Zuki said.

Umbreon nodded and walked over to Zuki.

“Are the rest of the Pokémon going to be ok?” Beatrice asked.