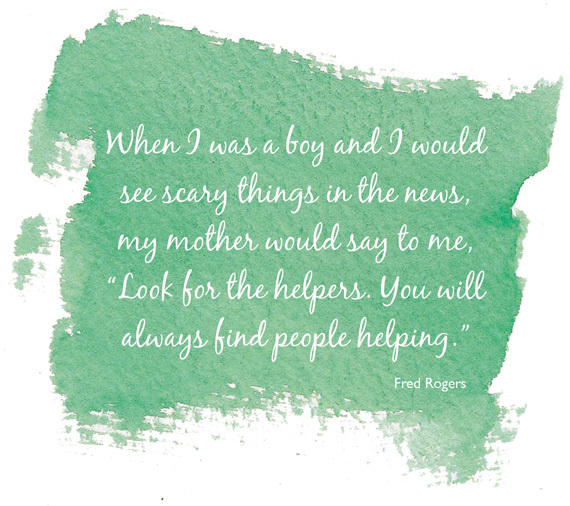 I hope everyone is having a wonderful week. This week’s Weekly Blog is probably going to be a little shorter than usual, but I think it’s important. Before I get to the main topic of this week’s Blog, I want to get some housekeeping stuff out of they way. First of all my laptop is still out of commission but it is getting there. I think it should be fixed within the week, but it is still too early to tell. My guess is that there won’t be a new chapter of Pokemon or a Writing Prompt piece this week, but I’m hoping to get back on track starting next week. I’ll let you know either way. The second thing I wanted to say is that I have a Sarahah page which I mentioned in last week’s Weekly Blog which you can find here. If you don’t know what Sarahah is, I’d recommend that you check out last week’s Blog. Then you can go ahead and go to my Sarahah page and leave some anonymous feedback about my pieces, the website, or whatever you’d like. Leave some good comments or constructive criticism. Ok I think that is it for now, but if you want more content from me, don’t forget to check out the Facebook page and Twitter page.

When I was trying to brainstorm ideas for this week’s Weekly Blog I was kind of lost for words. There is so much going on in the world and it can be hard to focus when the world seems so crazy. I was watching all the news coverage of Charlottesville, Virginia and the clashes between the alt-right, white nationalist movement and the counter-protesters. I felt so distraught and disgusted with the KKK members and neo-Nazis marching in Charlottesville. Then we have everything going on with North Korea and the rising tensions between them and the US. There is a continuation of escalation between the White House and Pyongyang and I’m not sure if World War III is going to break out. The sad thing is that these are just two things amongst a world of global conflicts, terrorist attacks, domestic clashes between groups, and other issues plaguing the entire world. In the US we still face poverty, joblessness, disease, and Flint, Michigan still doesn’t have clean drinking water after 3 years of their water being infested with high amounts of lead.

During a week like this week, it is really easily to get stuck in the quicksand of depression, fear, and worry. Things look bleak and the news doesn’t help you feel any better. In these moments it is easy to freeze up and just try to tune the world out. I know because I’ve done this many, many times. But there’s another way to react. I once heard a story about Mr. Fred Rogers and the way he handled tragedy. This is a quote I found on Snopes:

Fred Rogers often told this story about when he was a boy and would see scary things on the news: “My mother would say to me, ‘Look for the helpers. You will always find people who are helping.’ To this day, especially in times of disaster, I remember my mother’s words, and I am always comforted by realizing that there are still so many helpers — so many caring people in this world.”

I’d like to echo Mr. Roger’s words here and the words of his mother. In times of trouble and tribulation, look for the people standing in the background. There are unsung heroes always running towards the danger, towards the fight, in order to help others and save them when things look the darkest. These people are sometimes Police Officers, Firefighters, Nurses, Doctors, Paramedics, Military Personnel, Teachers, or just average citizens like me and you. These are the people we need to focus on. These are the people that we need to remember. These helpers are the people that are faced with horrible challenges or thrown into the fray and they choose to put others before themselves and offer their services to the people around them. So when you think of Charlottesville, Virginia, don’t think about the white nationalists, think about the Police Officers who served to protect everyone’s First Amendment Rights and keep people safe. When you think of North Korea, don’t think about the heated rhetoric between government officials. Instead think about the men and women who are away from their friends and families as they serve all across the world. Be thankful for their sacrifices and the fact that they are willing to serve our country. When you think of Flint, Michigan think of all the people who have donated money, water, and medical supplies. Think of all the Doctors, Nurses, and Paramedics who work long, tireless hours to keep people healthy.

When you see tragedy on the television or on the internet, look for the helpers in the background. Focus on them and all the good people in the world. Hopefully you try to be one of those people who fight hate with love instead of just more hate. I know I try to put out positive stuff out into the world, but sometimes these horrific events can cast a large shadow over all the positive stuff in the world. Just try to focus on the good and try to reflect that good in your own life. That’s quite a large task, but the world becomes a better place when we all try to make it better.

Thank you so much for your support. I really appreciate all your feedback in the form of views, likes, and comments. I hope this blog can help you focus on the good people in the world, because writing it has helped me do the same.

Have a fantastic week!

Last thing I wanted to do is leave this image. It really speaks volumes.