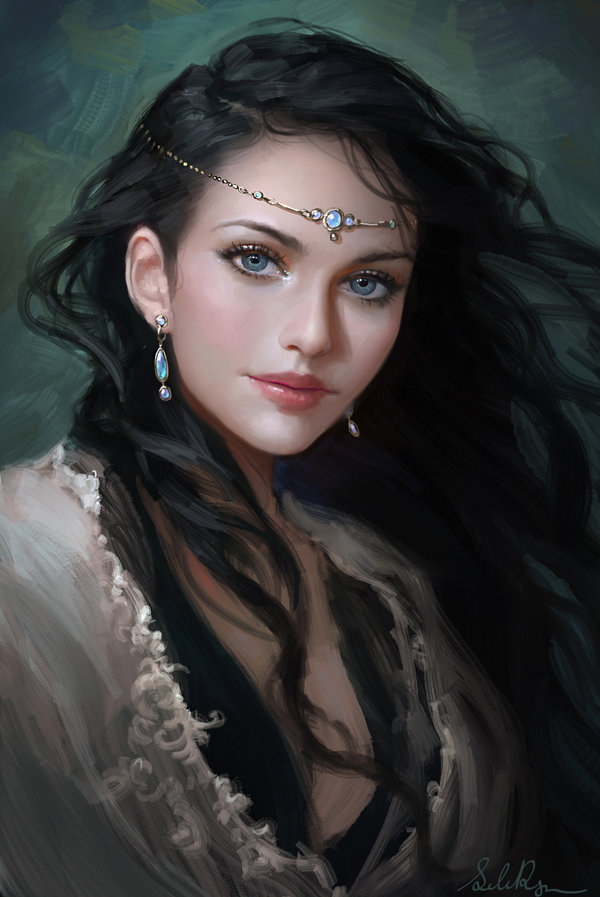 “Wait what? We’re meeting with The Chief of The Xylon City Guard and The Emissary of Soulon?” Sightyme asked.

“Now if you please follow me, I’ll lead you back there,” He said.

“I… I feel like I’m not dressed up enough,” Juniper said.

“No, of course not. Apparently this has something to do with your missing friend and they just need a private room to discuss this further,” He said.

The Guard looked Tak up and down, noticing Tak’s warhammer, strapped to his back.

“Ah. I will have to ask you to leave your weapons with us, though. We wouldn’t want anything to happen,”

“Right. Don’t worry. It will be returned to you after the meeting. It’s for security reasons. Plus this is one of the safest buildings in all of Mardec. Literally City Guard Members are everywhere.”

“Tak, it will be ok. We can just give them our stuff for now. The meeting shouldn’t be very long,” Sigthyme said.

“Fine,” Tak grumbled as he handed over his warhammer.

The entire group handed over their weapons, but Grace did it with a bit of hesitation.

“I better get those back. I don’t like being without them,” Grace said.

They then proceeded to enter a meeting room big enough to comfortably hold twenty or so people. There was large table in the middle of the room with a candle chandelier hanging overhead. The Chief and The Emissary had already taken their seats.

“Glad to see you all had a good night’s rest on the city’s silver. And you made your way back here,” The Chief said. “Good thing too because I was about to send out people to find you all.”

“I’ll explain everything. First, this is Emissary Selorn of Frost Haven. Emissary Selorn, these are the group of adventurers that were traveling with Riffen before he was abducted,” The Chief said.

“Very nice to meet all of you,” The Emissary said. “You all can call me Pria.”

“Nice to meet you, Pria,” Sigthyme said as the rest of the group echoed that sediment.

Grace, Sigthyme, and Juniper all took a seat while Tak stood.

Tak looked at the chairs which were slender and tall.

The Chief looked around the room.

“I’m sure we can find a large seat for you,” They said.

“Tak stand,” Tak said as he stood behind Sigthyme.

“Fine, whatever,” The Chief said. “Now all of you are the last people to see Riffen alive, correct?”

“No. We don’t believe his is dead. But he could be in a bad condition,” The Chief said. “We found a lot of blood at the scene of the raid. Plus we found this.”

The Chief turned to Pria.

“Do you want to show them?” They asked.

Pria nodded and placed a golden ring on the table between them.

“That is Riffen’s signet ring. All members of the Royal Selorn family have them,” Pria said. “Including myself.”

“I thought you knew,” She said. “I figured he was in the city with a royal entourage.”

Grace let out a small laugh and everyone turned to look at her.

“Sorry,” She said in a meek voice.

“We are not a royal entourage,” Sigthyme explained. “We are just a group of adventurers who made our way down Vern Road to Xylon. We all had business here in the city so we decided to travel together.”

“Adventurers. But why? Why was Riffen traveling with you instead of the usual guard?” Pria asked.

“He was searching for a woman named Lillian,” Juniper said.

“Lillian Evergreen? The Captain of The Frost Haven Royal Guard? What was she doing here in Xylon?” Pria asked.

“Tak and I actually met her when we first arrived to Bishop. She seemed pretty quiet and mostly stuck to herself. Hell of fighter though. Anyway, she mentioned something about being on the run. I thought it was a joke at the time,” Sigthyme said.

“Well, did Riffen end up finding her?” Pria asked.

“We kind of split up once we got to the city. Riffen left on his own and we didn’t see him again,” Juniper said.

“We need to track down this Lillian woman and find out what she knows,” The Chief said. “For now we’ll keep on trying to track down Krumb. Maybe we can use that ring to find Riffen and Krumb’s location.”

“Do you know people who can do that?”Juniper asked.

“There is a pretty powerful mage her in the city who runs The Wicked Scepter. She may be able to help us,” The Chief said.

Juniper knew instantly who they were talking about. Ms Zaffre was in charge of The Wicked Scepter and had met with both Grace and her previously. Suddenly Juniper thought of Piakol who was staying with Ms Zaffre for the time being. Juniper felt bad because she had not gone back and check on Piakol or figured out if Ms Zaffre had been able to find out any information on Juniper’s brother.

“If she can’t do it, maybe on the druid’s over in The Pact of Thorns could help. They deal with magic items,” The Chief continued.

“What can we do?” Grace asked.

“It’s very sweet that all of you are worried about Riffen. I am too. Riffen and I were very close as children and I haven’t seen him for a few years now. I want to find him just as badly as you all do, but I believe this is best left to The Xylon City Guard,” Pria said. “Of course if I know my uncle, there are probably members of the Soulon Army making their way this direction.”

“Yeah I’m afraid of that. We must find The Prince quickly or we might end up with some kind of international event,” The Chief said. “And that is above my pay grade.”

“As soon as I leave here, I will be heading to the Messenger’s Guild to see if I can send messages to both my father and King Selorn as well as any commander leading troops here,” Pria said.

“That will definitely help,” The Chief said.

“Please, we need to help. Tell us what we can do,” Juniper said. “We have skills. We can help.”

The Chief narrowed her brow.

“I’m sure you do have skills, but The City Guard will handle this,” The Chief said.

“Just like how your city guard captured Krumb?” Juniper asked, her voice raised.

The Chief gripped the edge of the table. Her face scrunched as she spoke.

“Hold your tongue,” The Chief said. “Those are good, hardworking people out there and they are doing their best to track down Krumb and find Prince Riffen. You will not insult them or me while in my workplace, do you understand me?”

“Juniper,” Sigthyme said placing a hand on Juniper’s shoulder. “We are all on the same side here. We all want to find Riffen.”

Sigthyme looked at The Chief.

“Isn’t there anything we can do?” He asked.

“We do not like involving civilians to these matters. It’s bad enough that The Robinhearts like to stick their beaks into my business,” The Chief said.

“What about The Wicked Scepter?” Grace asked. “Juniper and I have been there before. We can talk to Ms Zaffre and see if she can help us.”

“Plus we would just be civilians going about our lives. We wouldn’t be hindering your investigation at all,” Sigthyme chimed in.

The Chief grumbled and then let out a sigh.

“Fine,” They said. “You may go and talk to Ms Zaffre. But please don’t do anything stupid. Just get the information and report back to me, alright?”

“Yeah,” Juniper said with a nod.

“Now get out of here,” The Chief said.

“Actually,” Pria spoke up. “I was wondering if I could talk to them a bit longer.”

“Alright. Fine. Just find me if you need anything else,” The Chief said before standing up and leaving the room.

Pria turned and focused on the group.

“I think it’s very honorable that you want to help track down Riffen,” Pria said. “I’m glad he was friends like you in his life.”

“We’ve only been traveling with him for a month or so,” Sigthyme said.

“Yeah we didn’t even know he was royalty,” Juniper said.

“Riffen is my cousin and also Prince to Soulon,” Pria said. “My uncle is King Selorn or Frost Haven and my father, Arne Selorn, is The General of The Soulon Army stationed at The Gray Gate. As you know, my name is Pria Selorn and I serve as Frost Haven’s Emissary here in Xylon.”

“Riffen is half-Elven with a Human Father and Elven Mother. My parents are both Humans,” Pria said. “Like I said, our fathers are brothers. Even though I’m a few years older than Riffen, my father is actually the younger of the two brothers.”

“Is that why Riffen’s father is king and not yours?” Sigthyme asked.

“Exactly. It was passed down from my Grandfather when he died. If King Selorn would die, the crown could pass to either my father or Riffen, but most likely Riffen would take the thrown as the new king.”

“My father is a strong warrior who would rather be on the front lines fighting rather than sitting on a throne governing,” Pria explained. “My uncle was always a better diplomat; although, they both were strong allies in war.”

“Well it is very possible that Riffen felt that giving away something like that could be dangerous, especially if he didn’t know you very well,” Pria said.

“Do you think that’s why Riffen was captured?” Sigthyme asked.

“It makes the most sense; although I’m not completely sure. If you all didn’t know, then I’m not sure if Krumb would be able to figure it out,” Pria said. “What confuses me is that I don’t know why both Riffen and Lillian were in the city. I received no notice that they would be traveling. Makes me wonder if something was happening at home.”

“How often to you receive messages from Frost Haven?” Sigthyme asked.

“It depends. Both my office and the office in Frost Haven have relied on mages sending magical messages in emergency situations, but most of the time I receive weekly updates from home. Sometimes the mail takes awhile since it has to travel up and down Vern Road. Plus there has been an increase of bandits intercepting messengers and merchants between here and Bishop.”

“Could we possibly get one of those magical messages to Riffen?” Juniper asked.

“It’s very possible,” Pria said. “I will add that to my list of messages I need to send. Now I shouldn’t hold you any longer. The quicker we find our Riffen’s location, the easier it will be to find him and Krumb. Please do take The Chief’s words into consideration. I know you all are passionate about finding Riffen, but I do not want you all ending up on the wrong end of the law while doing so.”

A new person opened the door and poked their head in.

“Emissary Selorn, your security detail are here,” She said.

“Great, thank you. I’ll be out in one moment,” Pria said.

She turned back to the group.

“We can’t be too careful,” Pria said. “Now please take Riffen’s signet ring and meet with Ms Zaffre as soon as you can. Contact me or The Chief as soon as you have any information and I’ll let you know if I learn anything new.”

“Nice meeting all of you and I wish you luck,” She said before leaving the room.

The group turned to look at each other.

“Ok, we know what we have to do. We need to head to The Wicked Scepter, talk to Ms Zaffre, and find Riffen,” Juniper said.