I hope everyone is having a fantastic week! I know for me it was a pretty good week. Winter winds and snow continue to hit the area where I live so I spent a lot of time inside during the week. After beating Pokémon Let’s Go Eevee, I started playing the other game I got for Christmas: Octopath Traveler. I’m sure I will talk about the game more once I beat it, but so far I’m having a great time playing it. I also spent some time writing, so really I can’t complain. Here on the website we have a lot to celebrate, but before we get to that, I want to talk about all the things that got published this week on the website just in case you missed them or you are new to the website. Last Sunday, I published a Weekly Blog talking about the Pros and Cons of Pokémon Let’s Go Eevee and how proud I was that I completed the National Pokédex which is a first for me even though I started to play Pokémon with Yellow Version. On Wednesday, I published a Poem titled “First Snow Of The Year” which talks about snow and all its wonderful glory. Snow has both its positives and negatives and that duality is discussed in that poem, so check it out. On Friday, I published a Writing Prompt piece titled The Leaky Kitchen Faucet. The Writing Prompt comes from a Christmas gift I received from a good friend. It’s a Writing Prompt book called “Complete The Story” from Piccadilly. It has a ton of great Writing Prompts I have bookmarked and I plan on using many of them throughout the year so check out this first one and let me know if you like it or not. This Writing Prompt piece is about a young woman reflecting on a birthday party and her relationship with her father. Finally, on Saturday, I published the nineteenth chapter of my Pokémon Heart Gold/Soul Silver Fanfiction titled “Pokémon HGSS#19: Rocket Takeover of Goldenrod Radio Tower.” After Jonathan and Beatrice stopped Team Rocket’s plan at The Lake of Rage, they were alerted to another situation that popped up at Goldenrod City’s Radio Tower. Now they must stop another Team Rocket takeover.

We had a busy week here on the website/blog which topped off a really busy month. I’m continually surprised by all the love and support I receive from readers all over the world. I thought for sure that my decision to take a long winter break between mid December and mid January would slow the momentum of growth on the website, but all of you proved me wrong. We had another amazing month of growth and we had a huge influx of new Followers in the past two weeks, so thank you so much for making that happen. I’ve also noticed a huge uptick in views coming out of India specifically, so thank you so much to any readers in India as well as the rest of the world. It blows my mind that people all over the United States and all over the world read the stuff I publish. I see views from India, Mexico, The United Kingdom, Brazil, Nepal, and so many others and I just don’t know what to say. I’m sorry that I don’t know any languages other than English (which I still mess up from time to time) and that I can’t write in your native language, but I enjoy the views and visitors no matter where you come from in this world. That just reminds me of how awesome the internet is and how it has the ability to bring people from all over the world together.

Obviously I am celebrating the continual growth of the community, but I am celebrating something a little bit more today. Today I’m celebrating the second Birthday/Anniversary/Blogiversary of this Blog/Website existing in the first place. Now the exact date of the website’s birth is actually one of three different dates. The website was first created December 2016, the first piece was published early January 2017, and the website went live late January 2017. I can’t celebrate all three days so in general I celebrate this accomplishment late January which echoes when the website first went live with several pieces including Weekly Blogs and Writing Prompt pieces. I have mentioned already that this is year three of the website which is kind of confusing considering this is the second birthday/anniversary. I guess it’s kind of like a baby. When they are born, they are zero years old…just a few days or weeks or whatever. So during year one, the website was less than one. Then we had our first birthday leading into year two. Now we’re celebrating the second birthday and starting off year three. Also is this considered a birthday or an anniversary of the Blog? I guess it’s kind of both because it’s the Blog’s Birthday but the anniversary of when the Blog first went pubic. You know what? It doesn’t matter! Celebrate the birthday or anniversary or blogiversary. As long as there is cake and wonderful people, it doesn’t matter what we call it. That’s how I see it.

We are at the end of an amazing month here on WordPress at the beginning of a third year which should be the biggest year for the website so much. We are gaining new Followers and members of our positive community as I continue to publish new pieces each week. I can tell that my writing skill is improving and I have a blast putting out these new pieces. So hopefully all of you are here for the long fun. I have no idea how far this will go and how long I’ll keep writing, but for now, I plan on writing stuff here for a long long time. I hope year three will be just as crazy as year two, if not more, and that will lead to a great year four and a fantastic year five and a mind boggling year six, then we’ll have a let down of a year seven, but year eight will be amazing. Oh who am I kidding. I have no idea. But it would be insane if all of that came true. Just keep this blog in mind if things really take off in the next couple of years and this community somehow takes over WordPress.

Anyway, what was I talking about? Oh right. Thank you so much for celebrating this birthday/anniversary/blogiversary of my website. In lieu of any kind of presents, I just ask you to continue reading my stuff going forward and show some extra love to the past pieces you love. If you think something deserves a sequel or a continuation, let me know. If you think there’s an idea I was too quick to abandon, let me know in the comments below. If you have any Writing Prompt ideas, Poetry ideas, or Weekly Blog ideas, you can leave that in the comments below as well. Honestly, you can pretty much leave any positive message down in the comments and I’d appreciate it. I just love talking to all of you. All of the love and positivity feels like a hug around my heart. Also if you liked this Weekly Blog and want to send some positive vibes my way, you can like this Weekly Blog and Follow me here on WordPress if you haven’t already. An added bonus can be following me on Facebook or Twitter. Both are good but I’m way more active on Twitter so that’s the one I recommend. Both of these update as soon as new stuff is published on the website so you’ll know when things go live.

Thank you again for all the love and I hope you have a fantastic week! 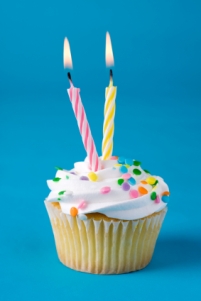 Header Photo Credit was made by me on Canva