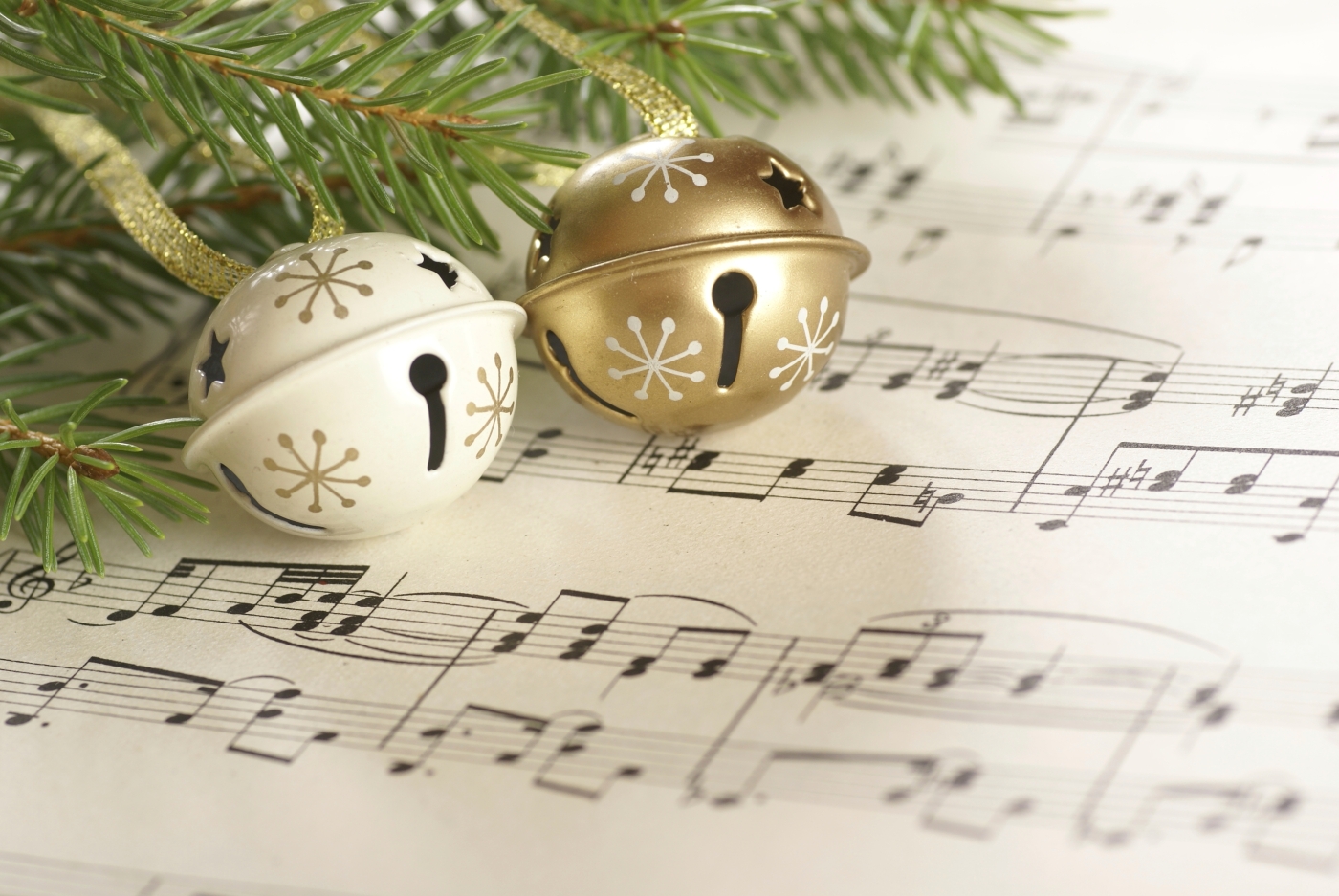 I hope everyone is having a wonderful week and has recovered from overeating at Thanksgiving and overspending on Black Friday. Hopefully you didn’t have to fight any grandma’s to get that last $5 toaster or $200 flat screen television. It’s just so crazy to me that we can go from talking about all the things we’re thankful for to fighting people to get the last of some material good in less than 24 hours, but that’s a discussion for another time. I kind of took a long Thanksgiving break from the website, but now I’m back and planning on finishing with a strong December. Now I will be taking off the second half of December for Christmas so I can focus on friends, family, and Christmas cheer as well as changing some things on the website for the new year. You can help with that is by making sure I know what kind of stuff you want to read. That’s right. I do actually listen to feedback and look at my stats on the website. I’m taking notice of what pieces get the most views, likes, comments, and shares to make sure I produce more stuff like that and tailor my website a little bit to the stuff you want to read. So if there’s some piece you really like and you want to read more pieces similar to it, make sure you go give it some extra love and support with your views, likes, comments, and shares. That way I know you want more of that and I will write more of that. Seems pretty simple to me. If you’re new here, welcome to my Blog/Creative Writing Outlet.

Usually I post Weekly Blogs on Sundays, new chapters of my Pokemon Fanfiction on Wednesdays, and Writing Prompt inspired pieces on Fridays. My most recent Writing Prompt Piece is the Third Part of a love story between a Half-Elven Prince and The Human, Captain of the Guard. So check it out here (Part 1 here) if you love Fantasy or Dungeons and Dragons or just a good love story. I’m slowly building out a connected universe based on the world of Dungeons and Dragons, so if you like that piece, there are several others under the “Writing Prompts” tab. If you like Weekly Blogs, there are plenty of those! You can check out the last Blog post here which was all about Thanksgiving. Whatever you are in to, I’m sure you can find something to read here on the website so I hope you take a minute to explore the website. Whether or you are new here or have been reading since January, when the website launched, just know that I really appreciate all your support and your likes, comments, and views make my day!

Well it’s official: we made it to December. It is the last month of 2017 and if you’re like me, you’re ready to put this year to rest and hope that 2018 will be better. But before we kick off the new year, we have a whole month of snow, ice, and freezing rain ahead of us. Also Christmas cheer and everything that comes with the holiday which includes Christmas Music! Christmas is my absolutely favorite holiday and I LOVE Christmas music. Now I also have a lot of restraint when it comes to Christmas music. As you know from my Weekly Blog on Thanksgiving and my Weekly Blog on Christmas Creep, I believe that all holidays deserve their time which includes Thanksgiving. I hate that Thanksgiving gets jumped over every year. It is like as soon as Halloween ends, people throw up their Christmas decorations. I don’t want to see Truck commercials with Santa in them on November first! Is that too much to ask for? Well maybe that’s just me, but enough of that tangent. Like I was saying, I have restraint when it comes to Christmas music and I won’t listen to it before Thanksgiving. Now some people take it a step farther and don’t start listening to Christmas music until December 1st, but I start listening to it as soon as the clock strikes midnight, Cinderella’s glass slipper falls off, and it becomes Black Friday. I don’t have anything against people who wait until December 1st, but to me, you’re just depriving yourself of a week of Christmas music for now reason. Thanksgiving is over and now it’s time to pull out the Christmas stuff.

Which brings up another thing that I want to say which will be another tangent. It seems like people celebrate Christmas all the way up to the 25th of December and then they just stop. Like it hits December 26th and none of the radio stations have Christmas music on and people are taking down their tree. I know people who literally start taking down their decorations the day of Christmas. Like they’ll wake up, have breakfast, open presents, have Christmas lunch, and then when the afternoon hits, they start packing everything up. It’s Christmas day! Just sit down and enjoy it. You don’t have to pack it all away. Personally I still listen to Christmas music all the way up to New Year’s Eve. Again, if you just stop at Christmas, you’re depriving yourself of a week of Christmas music. 25 days of Christmas is just not enough. I’m going to need at least 40 to really take it all in.

Now back to the subject of Christmas music. I love Christmas music. And I don’t just love one type of Christmas music, I love all types of Christmas music. I love the Christmas Hymns like “Silent Night”, “Angels We Have Heard On High”, “The First Noel”, and “Away In A Manger”. I love the more secular Christmas songs like “Santa Claus Is Coming To Town”, “Jingle Bells”, “Deck The Halls”, “The Twelve Days of Christmas”, and “It’s Beginning to Look A Lot Like Christmas”. I even love the Christmas Songs based on non-Santa Christmas entities like “Rudolph, The Red Nosed Reindeer”,  “Frosty The Snowman”, and “You’re A Mean One Mr. Grinch.” There’s such an amazing range of different types of Christmas music and I love all of it. And let’s not forget that for every Christmas song out there, there’s at least 10 different versions of it. I mean everyone has a Christmas album no matter if they are a Country Singer, Pop Star, Rock Star, or Rapper. There’s even particular singers that live or die by their Christmas Album. An example is Michael Bublé who is basically a one hit wonder with “Haven’t Met You Yet” (#SorryNotSorry) and has stayed relevant because he has an amazing singing voice and a really good Christmas album. Then there’s Mariah Carey who lives off the royalties she gets from “All I Want For Christmas Is You.” Don’t get me wrong, I love that song too (can you see a pattern?), but it just amazes me that one good Christmas song can set you up for life. It’s crazy.

Then there’s the difference between old versions of songs and new versions of songs. I still listen to The Jackson 5’s version of “I Saw Mommy Kissing Santa Claus” as well as Bing Crosby and Frank Sinatra’s versions of any Christmas song. I also listen to the instrumental tracks from “Linus and Lucy” by Vince Guaraldi Trio and anything that The Trans-Siberian Orchestra comes out with. The only thing that I say Christmas Music is really lacking is any new songs. Now it does have some newer music (I’m reminded of “Text Me Merry Christmas” By Straight No Chaser and Kristen Bell which came out in 2013), but none of it really seems to hold up to the classics. When you compare Frank Sinatra’s “White Christmas” to any new Christmas songs coming out, it’s easy to see that the modern Christmas songs don’t hold up. Of course I did bring up Mariah Carey who has a really popular Christmas song which came out in…1994… man I guess that’s pretty old too. Nevermind, I guess there aren’t any good, modern Christmas songs!

Ok that’s all I have to say about Christmas Songs. I couldn’t help but let my bias and love of the music spill all over this Weekly Blog! Don’t worry, I’m drowning out all the Christmas Music haters by listening to Feliz Navidad on repeat. If you liked this Weekly Blog (and/or like Christmas Music), feel free to give it a like or leave a comment down below. Maybe tell me whether or not you like Christmas Music, What’s Your Favorite Christmas Song (Mine is either “Christmas Shoes” by NewSong *cries* or “Snoopy vs. The Red Baron” by The Royal Guardsman or “Carol of the Bells”. It’s hard to choose, ok?), or What Modern Christmas Songs you like to listen to. If you really liked this Blog, I ask you to check out the other stuff on the website and give those posts some love too. If you didn’t like this Blog (because you hate Christmas or something…just kidding!) or Blogs aren’t really your thing, there are a ton of other things on the website including Chapters of Pokemon Fanfiction based on my playthrough of Pokemon Moon or Writing Prompt inspired pieces about all kinds of things. So spend some time on the website. I’m sure you’ll find something you enjoy reading.

Thank you for all your support and I hope you have a wonderful week!