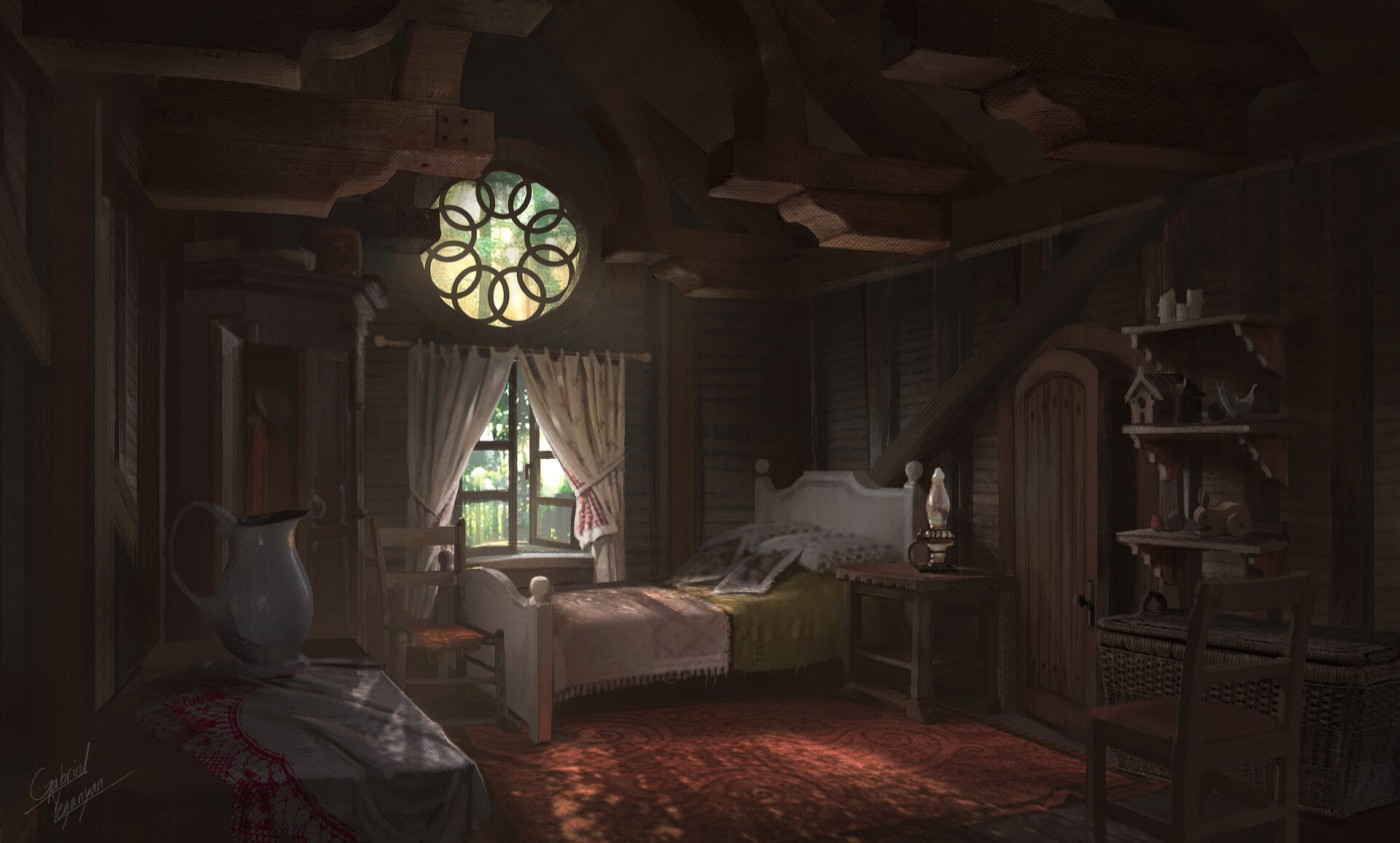 After they met up with Riffen and got some stuff straightened out, they decided to make their way back to The Wicked Scepter to meet with Ms. Zaffre and check on Juniper’s Dragon, Piakol. However they were not able to go anywhere without supervision. As the group left the Soulon Embassy, a group of Soulon Guards. All of them were humans in similar armor carrying shields with Soulon’s crest on the font as well as blades.

“So how did you all get stuck with us?” Sigthyme asked them as they walked toward The Wicked Scepter.

The four guards exchanged eye contact but did not answer the question.

“Alright. Glad to see you all are quite the talkers,” Sightyme said, again with no response.

Sigthyme, Tak, Juniper, and Grace made the rest of the journey across the city in silence. Eventually they made it to The Wicked Scepter and Juniper knocked on the door.

“One of us should still go with you,” One of the guards spoke up.

“I really think it’s best for you to stay out here. I’ll be real quick. Promise,” Juniper said.

“Not so fast,” Another one said as he took a step forward blocking Juniper’s path. “We’re supposed to accompany you no matter where you go.”

The door of The Wicked Scepter opened a crack and Ms. Zaffre emerged.

“Good afternoon everyone,” Ms. Zaffre said. “What is all this commotion at my doorstep?”

“We came to take care of that personal matter I spoke of earlier,” Juniper said.

“Right, the personal matter,” Ms. Zaffre said. “And I see you’ve added to your group.”

“Sorry Ma’am,” One guard addressed her. “We have been tasked with keeping an eye on these individuals.”

“Understood. I do not want to get in the way of your duties. However I do need a level of secrecy when it comes to my clients. I hope you understand,” Ms. Zaffre said.

“I…uh…” The guard stumbled over his words.

“I will keep an eye on them,” Ms. Zaffre said with a wink as she opened the door.

“See you soon,” Sigthyme said as the four of them entered The Wicked Scepter leaving the guards behind.

As soon as the door shut, the group let out a collective sigh.

“We really need to lose them,” Grace said as she took a seat.

“Should I ask why you have a group of Soulon Guards babysitting you?” Ms. Zaffre asked.

“Do you remember our friend Riffen?” Juniper asked.

“Well we found Riffen in the catacombs beneath the city,” Sithyme said.

“But we had to kind of threaten his cousin to do so,” Grace said.

“Threatening a high ranking government official?” Ms. Zaffre said with a bit of a chuckle. “It seems that you are very lucky to be here.”

“We are supposed to meet up with Riffen for some sort of feast tonight and then we’ll be making our way toward Frost Haven,” Juniper said. “We just wanted to come here first and check on Piakol.”

At those words, the small red dragon opened its eyes and looked down at the group from his resting place in the rafters of The Wicked Scepter. Piakol let out a small yawn, producing a small flame, and then stretched out his wings. Hearing Juniper’s voice woke him up fully and he lept off of the rafters.

Juniper heard her dragon approaching and looked up to him.

“Pickle!” She held out her arms and Piakol flew to her.

“So happy to see you again,” Juniper said as she gave Piakol a hug, with Piakol returning the favor with his red-scaled wings.

“I have missed you,” Piakol spoke in his dragon tongue. “Too much time inside.”

“I’m sorry you have to stay here,” Juniper said, also speaking in draconic. “Good news is that we are heading North soon. We’ll be back in the wilderness soon.”

“I want to spread my wings and fly again,” Piakol said.

“I’m not sure how much you’ll be able to fly around. We are going to be moving with the army,” Juniper explained. “But I’ll make sure you get some time to fly.”

Grace leaned over to Sigthyme.

“Does it ever become normal to hear her talk like a Dragon?” Grace asked.

“Not really. But people speak languages I don’t all the time. I just assume they aren’t talking about me right in front of me without me knowing,” Sigthyme said.

“They are just catching up,” Ms. Zaffre said.

“You speak dragon too?” Sigthyme asked.

“I have picked up a little bit of Draconic,” Ms. Zaffre said. “You learn a lot when you do research.”

“Do you want to come with me now?” Juniper asked.

Juniper put Piakol into her bag and he curled up inside.

There was a knock on the door and a guard shouted out.

“If you take any longer, we are coming in.”

“Wait, what about my brother? Have you found out any more about him or what he’s connected to?” Juniper asked.

“Oh yes. Right. Well I did find some information but I’m afraid without more specifics, it’s hard to narrow down exactly what he’s involved in,” Ms. Zaffre said.

Ms. Zaffre quickly ducked into her study and grabbed a small scroll which she handed to Juniper.

“These are some notes I wrote down about cults and their connections with Devils. Hopefully you will find this information helpful as you track down your brother,” Ms. Zaffre said.

“Thank you so much, for everything,” Juniper said as she accepted the scroll.

There was another knock on the door.

“Calm down. Calm down,” Sigthyme shouted through the door before the whole group left The Wicked Scepter.

“Took long enough,” One of the guards said.

“Worried we were going to run away?” Grace asked.

“We were tasked to keep an eye on you and we do not take that lightly,” The guard replied as they took a step toward Grace.

“Woah, woah,” Sigthyme stepped up to intercept the guard. “No need to get pushy. We are happy to have you all accompany us. We just needed to come here to deal with some personal stuff. Now we are ready to return to the Embassy.”

The guard let out a sigh.

“Good. Then let’s move,” They said and the other guards stood up.

The group made it back to the Soulon Embassy and they were led to a large guest room within the building. This was designated as their living space, but they weren’t sure how long they would be living here. They were allowed to get their stuff back, minus their weapons, and were instructed to stay here for the time being. As they stayed here, they heard the commotion and could smell the pleasant smell of cooked food waft into the room.

“Looks like our feast is almost ready,” Sigthyme said as he laid on the floor staring up at the ceiling.

“Better be better than what we had in jail,” Grace said, who was currently sitting on the large, soft bed playing with some playing cards.

“Hungry,” Tak said, who was currently sitting at the windowsill looking out on the garden which sat behind the embassy.

Sigthyme sat up and looked over at Juniper who had taken a seat at the desk in the room. She had the scroll Ms. Zaffre had given her and was reading it. It was like no one else was there as Juniper focused on the scroll.

Sigthyme stood up and walked over to Juniper.

“Anything interesting?” He asked her.

“I’m not sure,” Juniper said without taking her eyes off the scroll. “General stuff about cults and the dark powers they are connected to. Hopefully Julian isn’t mixed up in all of this.”

“If he is, we will track him down with you and we will get him out of this mess,” Sigthyme said.

Juniper looked over at him.

“Thanks Sigthyme, I appreciate that,” She said as she wiped tears from her eyes.

“You are welcome,” Sigthyme said, giving her a slight nod.

At this time, there was a knock on the door.

The group turned to see who was there. Sigthyme began walking toward the door, but there was a sudden flash of magical energy cut him off. Standing in front of him was a black dog that wagged his tail and barked at the group.

The door of the room then opened and they saw Prince Riffen standing in the doorway.

“Shadow. I told you to keep blinking to a minimum,” Riffen said.

Shadow barked again and then ran to Riffen’s side.

“Good evening friends,” Riffen said, addressing the group. “I hope you all are hungry.”

Riffen let out a small laugh.

“I knew that you’d be ready for a feast,” He said. “What about the rest of you? Oh, and did you end up making your way to The Wicked Scepter?”

“Yes, Riffen. We made it to The Wicked Scepter and Pickle is safe with me,” Juniper said.

“Good. Happy to hear that,” Riffen said. “Well the food is almost ready. I thought I’d come up here and get you all.”

“Don’t you have servants for that?” Grace asked.

“Normally yes I would have people to come fetch you, but honestly I just wanted to get out of that meeting with Captain Springbloom. I can only handle so much of military strategy and logistics,” Riffen admitted. “However I’m sure I’ll hear more at supper.”

“She’ll be joining us for the feast?” Sigthyme asked.

“Yeah Captain Springbloom will be joining us. You all, me, the Captain, and Pria,” Riffen said.

“Great,” Grace let out a sigh.

“I understand that you and Pria aren’t on the best terms, but she is honestly a very kind person. You just pulled a blade on her and she doesn’t really care for that,” Riffen said.

“Whatever,” Grace rolled her eyes. “We did it to save you.”

“And I appreciate that,” Riffen said.

“What about you, Riffen? How are you feeling?”

“A bit tired,” Riffen admitted with a sigh. “The last few days have truly been whirlwinds. And I know more is on the way.”

Juniper placed a hand on his shoulder.

“We are here for you, Riffen. Whatever you need,” Juniper said.

“Thank you, friends,” He said, wiping a tear from his left eye. “Now let’s head to supper, shall we?”