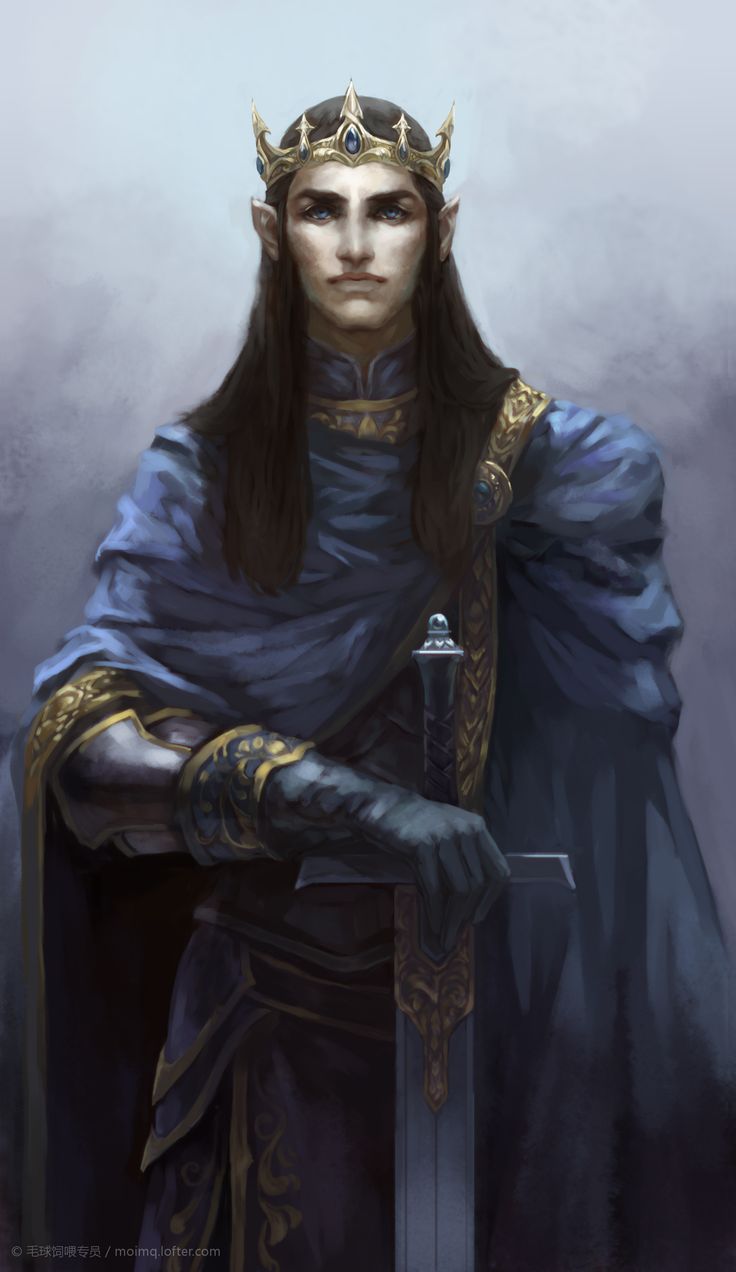 Jace sat on the table with his crossbow in his lap while Ralph poked at the embers in the fireplace. Riffen was tied up and gagged as his mind went into overdrive. He needed to find a way out of here and worn the others. He feared that if he was taken by Krumb and his gang, he wouldn’t ever see his companions again. Riffen struggled a bit against his restraints but they very tight. If he was Tak, he was sure he could just bust out of the ropes, but the ropes would not budge for him. Riffen was lost in thought about what to do when there was a knock on the door.

Instantly, both Jace and Ralph turned to look at the door and Jace readied his crossbow and pointed it at the door as Ralph held the fire poker in his hand.

Another knock came before a pause followed by two more knocks.

“Go see who it is,” Jace said as he lowered the crossbow.

“I have to do everything,” Ralph said with a grumble as he walked over to the door.

Ralph opened it and a human woman stepped into the room.

“Hurry, shut it,” She said and Ralph shut the door.

“Cassidy, what’s wrong?” Jace asked. “Did you take care of your targets?”

“I got attacked by Robinhearts,” Cassidy said. “I could handle two of them, but then they got involved and I had to get out of there.”

Riffen kept his head down as he listened. His heart skipped a beat when Jace mentioned targets but he let out a mental sigh of relief when this new woman said her targets got away. He knew two of his friends were safe.

“Boss is not going to like that,” Jace said.

“Yeah, well it’s worse. As I was running over here, I saw that there was a big fire near the northern wall,” Cassidy said. “It looks like The Pilgrim’s Rest is on fire.”

Jace let out a groan.

“That idiot, Kingston. Was always too careless with is fireballs,” Jace said.

“Should we tell the boss?” Ralph asked.

“Are you crazy, he’ll kill us,” Jace said. “He was already in a bad mood after going to the jewelers.”

“We have to get out of here, now,” Cassidy said as she looked over at Riffen.

“Well that was before Kingston set a building on fire and I was attacked by Robinhearts,” Cassidy said.

“Do you think Kingston is dead?” Ralph asked.

“If we’re lucky,” Cassidy said. “If not, the guard will have him shortly. Then he’ll either flip on us or they’ll extract the information out of him. That’s why we got to go now. We wait until tomorrow, we’ll have the whole city breathing down our neck.”

Both Ralph and Jace fell silent.

“Well he’s in there with Trix,” Jace said pointing his crossbow toward the other room.

Ralph nodded as they both looked at Cassidy.

“Really, you’re going to make me do it?” Cassidy asked.

“I got my guy,” Ralph said as he gestured toward Riffen.

“Yeah, Trix owes me five silver,” Cassidy said before turning to Jace. “And you?”

“You are the one who screwed up,” Jace said.

“Both of you are cowards,” Cassidy said as she stomped past the two of them and left the room toward Krumb.

Jace and Ralph just looked at each other and shrugged. Ralph peered through the keyhole, out into the alley, and then made his way back toward the fire.

This was the moment where Riffen had to act and he had to do it fast.

Ralph turned to look at him.

“What was that?” Ralph asked.

“Huh?” Ralph asked as he walked over and leaned in to listen to Riffen.

Then Riffen’s eyes shot open and he did his best to headbutt the man. Luckily, the back of Riffen’s head struck Ralph’s nose. Ralph fell back as his nose began to gush blood. Riffen used this moment to lean forward onto his feet and he leaped toward Ralph. Riffen used all his strength to launch himself and the chair into Ralph and they both slammed into the fireplace. There was another loud crack as the wooden chair Riffen was tied to broke and fell to pieces, allowing Riffen to become untied.

“Idiot!” Jace yelled as she shot at Riffen.

The bolt struck Riffen in his right shoulder and Riffen gritted his teeth. Ralph was knocked to the ground and dazed, but he was starting to recover.

“Get him,” Ralph said as he struggled to his feet and Jace loaded another crossbow bolt.

Riffen didn’t have a weapon so he just rushed toward Jace as Jace unleashed another bolt from his crossbow. This time the bolt went wide and missed Riffen. Instead it flew and hit the stone floor close to Ralph.

Riffen leaped forward and slammed his body into Jace knocking them both onto the table. They struggled with Jace’s crossbow as Jace yelled out.

During all this commotion, the dog in the cage woke up and started barking which only added to the loud noises in the room.

As Jace and Riffen wrestled for the crossbow, Ralph ran forward and struck Riffen across his back with the iron fire poker. Riffen let out a cry of pain as he rolled off Jace and Jace jumped to his feet. Jace loaded his crossbow again and shot Riffen point blank, the bolt sinking into Riffen’s stomach. Before Riffen could even react, Ralph struck Riffen with the fire poker again. This time, the iron struck him in the face and he rolled off the table and onto the stone floor. Riffen’s whole body was in pain and his vision was blurry.

“What is going on here?” A voice yelled from across the room.

Standing in the doorway was Krumb, Cassidy, and Trix.

“Boss, he tried to kill us,” Ralph said as Riffen laid on the ground coughing up blood. He was sure he had several broken ribs and his right eye was clouded by blood.

“You idiots, we need him alive,” Krumb said as he made his way across the room. “Plus all this noise is going to alert people.”

The dog in the corner continued to bark loudly.

Krumb looked over at the dog and yelled. “Quiet or I’ll slit your throat.”

Riffen wasn’t sure if the dog understood completely, but it felt silent with a whimper.

“What do you want us to do, Boss?” Jace asked as continued to point his crossbow at Riffen.

“What I want you to do is get ready to leave. We’re taking the tunnel out of here. Now,” Krumb said. “Cassidy keep an eye on him and make sure he doesn’t die. Trix give him some healing if he needs it, but not too much.”

Trix and Cassidy both nodded as they moved over to Riffen.

“Ralph and Jace, take that dog down the passageway,” Krumb commanded. “Leave nothing behind for them to track us.”

“What about Kingston?” Ralph asked.

“He’s either dead or dead to me. Either way I don’t care. We’re leaving now,” Krumb said. “We got the big target. Everything else was just sugar on top.”

Ralph nodded as he made his way over to a metal lantern hanging from the ceiling. He pulled on it and a section of the stone wall opened revealing a secret passageway.

Trix knelt down to Riffen and helped him off the ground into a sitting position.

“Don’t do anything drastic or I will punch you in the face,” Cassidy said showing Riffen her fists.

Riffen held his hand to his right eye as blood covered the hand and ran down his arm. Trix moved to the crossbow bolt in Riffen’s stomach and pulled it out with a yank which sent another wave of pain through his body. Then Trix placed her hands over the wound and spoke some soft words. The arcane words she spoke were similar to spells Riffen had heard before, but there was a sharpness to them he wasn’t familiar with. It was a healing spell but it was tainted by darkness. The spell took hold closing Riffen’s stomach wound and Trix pulled her hands away.

“You don’t need an eye to live,” Trix said before leaving his side.

Cassidy continued to stand over him with her fists ready.

“My friends. They’ll find me,” Riffen said as blood continued to run down his face and arm.

“We’ll be long gone by then. No one will find you unless we want them to,” Cassidy said.

“Quickly now, we don’t have all day,” Krumb said as Ralph and Jace carried the caged dog down the hallway.

Cassidy pulled Riffen to his feat and he had to brace himself against her. The room rocked back and forth as Riffen almost passed out.

“Steady there,” Cassidy said as Trix put herself under his other arm.

“You are not going to make this easy, are you?” Trix asked as they both carried Riffen toward the exit.

Meanwhile, Krumb was busy knocking things off shelves and making the room even messier.

Cassidy gave him a questioning look.

“Adding to the chaos,” Krumb said before flipping over the table in front of the secret passage. “Harder to track that way.”

Cassidy nodded and all three of them moved to the other side of the hidden passageway. Once on the other side, Krumb pulled a similar chain and the stone wall moved back into place.

Now Riffen was bloodier than ever and in a worse situation. With every footstep he was further away from his friends and it became less and less likely they were going to find him. His only hope that they would find his signet ring. His ring with his family crest on it he managed to pull from his pocket while he laid there bleeding. A ring that Krumb and his gang had overlooked while escaping the room in a hurry. If his friends could find that ring, there was a chance that they could save him.

One thought on “The Bloody Prince (D&D)”