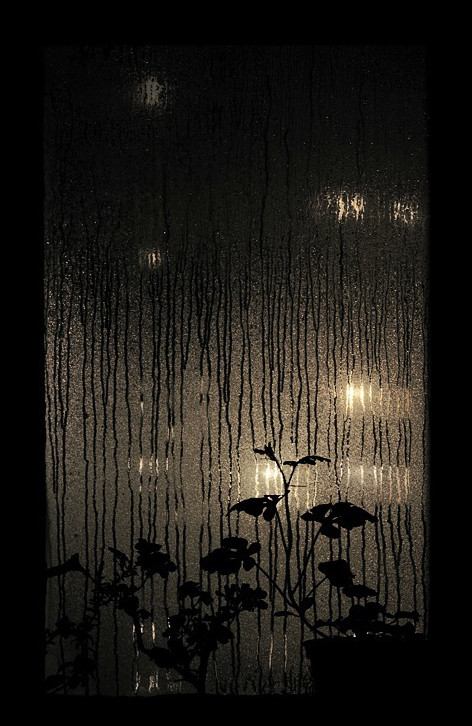 Prompt: “You misappropriated federal resources to look me up? Must have really missed me, huh?”

Cassie sat on a metal chair. Her hands were tied behind her back with a thick, scratchy rope. It rubbed against her skin as she wiggled her arms. The black bag over her head obscured her view. Her heartbeat was in her ears and her breath warmed her face.

Suddenly the bag was ripped up her head and her vision was flooded with light.

“Seriously?” She asked blinking her eyes. “We’re really doing this?”

“Look, I don’t know who you people are, but you got the wrong person,” Cassie said.

Ahead of her was a African American Man wearing an army uniform. Over his right shoulder was another man dressed in military uniform holding the black bag which was on Cassie’s head.

“Drugging someone while they are at the gym is seriously not cool,” Cassie said.

Her head was pounding which she guessed was a side affect of the drug. She was in the locker room getting ready for a workout when someone sneaked up on her. The person plunged a needle into her neck. The room spun and then she found herself her.

“Enough playing, Agent Romera,” The African American Man said as he rested his fingers on the metal table that sat between him and Cassie. “We know who you are.”

Cassie’s smile faded from her face. She straightened up and glared at the man in front of her.

“How do you know that name?” Cassie asked.

“You don’t remember me?” The man leaned forward into the light.

“Why come after me now? Why are you back?” Cassie asked.

“Project Umbra,” Captain Boxer said. “It was a program you were a part of in the 90’s.”

“Yeah what about it? It was a failed mission. Too expensive for the government to continue.”

“It wasn’t quite the failure you were told it was. Yes it went dormant due to the War on Terror, but we just received a fat check from the Pentagon wanting to reestablish it.”

“You misappropriated federal resources to look me up? Must have really missed me, huh?”

“Something like that,” Captain Boxer said with a smirk.

He reached down below the metal table and retrieved a manilla folder.

“Project Umbra. An experimental program that was tasked in finding a way to give special abilities to spies and soldiers. The ability to vanish and reappear. Traveling between this world and another before returning to ours again,” Captain Boxer read.

“Not quite,” A new person stood behind Cassie.

There standing behind her was a woman with shoulder-length, blonde hair wearing an all black outfit. Something that someone in the DC Cinematic Universe would wear.

“Wonder how I got the upper hand on a top class spy?” She asked.

She vanished and then reappeared on the other side of the room, now facing Cassie.

“And now we’re back with results,” The woman said.

“If you can teleport, what do you need me for?” Cassie asked.

“It takes more than just one person for the mission we have lined up,” Captain Boxer said. “We are bringing back everyone from Project Umbra. Retraining everyone using the new tech.”

“Call it an elite group of super spies,” Captain Boxer said. “A team with Agent Matthews here as the leader.”

The woman, Agent Matthews, let out a disgruntled sigh.

Cassie gave her a look.

“I’m guessing that Agent Matthews isn’t on board with this idea.”

“Agent Matthews understands that she cannot be a one woman army,” Captain Boxer said. “We need you, Agent Romera.”

“And if I say no?” Cassie said still struggling with the ropes around her wrists.

“We will give you a little time to think about it,” Captain Boxer said. “But I’m sure that you will agree that taking the mission would be in both your best interest and mine.”

Agent Matthews appeared behind Cassie and plunged another needle into her neck.

Cassie’s eyes spun and then there was nothing but darkness.

Cassie woke up and looked around. She was sitting in her car parked in front of the gym. The lights were still on, but it looked like the entire parking lot was abandoned. Light rain hit her windshield.

She looked down and saw the red marks on her wrist. She touched her neck and the injection site was still sore.

It wasn’t a dream. That was real. Project Umbra was real.

Cassie put her car into gear and sped through the rain to her apartment.

Once there, she ran up the stairs to the second floor. She fumbled for her keys and eventually unlocked the door. Cassie burst in.

“Hey honey, how was the work out?”

Her boyfriend sat on the couch in front of the television. He had an Xbox controller in one hand and a beer in the other.

Cassie looked around the apartment quickly.

“Have you seen anyone here tonight?” She asked frantically.

He stood up and placed a hand on Cassie’s shoulder.

“We need to get out of here,” Cassie said heading to the bedroom.

She grabbed a suitcase and threw it on the bed.

“What are you talking about?” Cassie’s boyfriend followed her into the bedroom. “Honey, calm down. What’s going on?”

“Mike! Just listen! We need to get out of here. Now,” Cassie said. “I’ll explain once we are on the road.”

Cassie quickly hoped over the bed and went to the closet.

She moved aside a few boxes and pulled a small metal lock box from the back.

Quickly she popped the lock and the box opened. There inside was stacks of foreign currency, a variety of passports and identities, and a black firearm.

Cassie turned and placed the box on the bed.

“Please, Mike. Please just listen to me. Grab your things. Only the essentials, ok? Pack it up. We need to go.”

“Not until you tell me what’s going on,” Mike said folding his arms. “Two hours ago you leave for the gym. And now you’re back yelling about how we need to leave. You have some secret box with a gun in it.”

“Fine. I’ll tell you. Ok? This is the truth. Almost twenty years ago I was in a government spy program. We were trying to use technology to send us between worlds very quickly, basically teleporting us from one place to another. We were trained spies. Assassins. Well the program ended. I got out. Now they’re back. They kidnapped me tonight. Asked me to come back. I’m not going back. So now we need to leave before they show up, kick down the door, kill both of us, and make it look like some kind of double suicide,” Cassie explained.

Mike stood there for a second before letting out a small laugh.

“What a vivid imagination you have, Cassie,” He said. “I almost believed you for a second.”

“I’m not joking, Mike. I’m serious,” Cassie said letting out her frustration. “I need to get both of us out of here. We’re in serious danger.”

“Yeah whatever,” He turned to leave the room.

Cassie noticed out of the corner of her eye a red light hanging in the air, bouncing off the dust particles in the air.

She dove forward knocking Mike to the ground, spilling the beer.

There was a crash as the window across the apartment and an explosion of fluff as a bullet struck the bed.

“Cassie, what the hell?”

Cassie moved across the ground towards the window, making sure to keep low.

“Cassie, this isn’t funny. You’re really scaring me,” Mike said as he picked himself off the ground.

“Stay down!” Cassie yelled at Mike.

She held her firearm and looked up at the neighboring buildings.

Mike crawled across the room on hands and knees.

“What are you looking at?” Mike whispered.

“I think there’s a sniper on the roof,” Cassie said.

These words shocked Mike, but were just normal words for Cassie. It was almost like riding a bicycle. Muscle memory coming back to her.

“Hurry, go to the bedroom. Pack things for the both of us. Stay low,” Cassie commanded.

Mike just nodded and crawled back to the bedroom.

Cassie looked out the rainy window. The dark skies hid whatever sniper was out there.

“Great, honey. Make sure you dump the contents of that metal box into my bag.”

Mike crawled back with two large duffel bags full of stuff and a backpack on his back.

“I have it all packed,” Mike said barely keeping it together.

They both ran down to the packing lot on the backside of the apartment building. They ran through the rain and opened the door. Mike threw the stuff in the second row of seats and threw himself into the passenger seat. Cassie made her way to the driver’s seat keeping an eye for anyone up on the rooftops.

“What now? Where are we going?” Mike asked.

“Out of here. As fast as possible,” Cassie said backing the car up.

She drove recklessly onto the highway.

“Cassie. Cassie! You might want to slow down,” Mike said slamming his foot on an imaginary brake.

“Keep a look out for anyone who might be following us,” Cassie said ignoring Mike’s pleas.

“They will be following us?” Mike asked.

“That’s what I would do if my mark got away,” Cassie said as they flew through a red light.

She looked up into her rear view mirror.

Before she could finish the word, there was a loud popping sound and the vehicle went airborn. A sniper shot hit the back tire which sent the vehicle flipping over itself. It flipped several times before landing on the three remaining tires.

Luckily both Mike and Cassie had their seat belts on, so they weren’t tossed about, but the car was covered in dents and the windows were shattered.

Cassie came to, covered in glass and with gashes across her forehead and arms. She guessed that she had several broken or bruised ribs and major whiplash.

Mike sat unconscious in the passenger seat. Still breathing, but not moving.

The rain outside was coming down in sheets which came through the many holes in the glass.

“Agent Romera,” A familiar voice came from outside. “We don’t care for people who try to run from us.”

Cassie let out a long groan before unbuckling herself. She shoved the door opened and stumbled out into the rain.

About 50 yards behind her were a couple of large, black military-style vehicles blocking the road. Several people dressed in black military uniforms held assualt rifles pointed in Cassie’s direction.

In front of them stood two figures. One was Captain Boxer with a megaphone he was using to communicate with Cassie. The other was the same woman Cassie had met earlier. Agent Matthews was wearing a similar black uniform and was holding a sniper rifle.

“No more need for a scene, Agent Romera,” Captain Boxer said using the megaphone. “You tried your way, now we try ours.”

Cassie stumbled forward using the one arm to hold her side. She leaned up against the broken vehicle using it to keep her on her feet.

“Come with us peacefully or we’ll take you by force,” Captain Boxer said.

Cassie dropped her firearm and sank down leaning next to the car.

The adrenaline was running out and the pain was starting to overwhelm her.

He made a gesture to the rest of the troops and they started to pack it up.

Agent Matthews disappeared and reappeared in front of Cassie.

She knelt down next to Cassie and plunged the needle into her neck once again.

One thought on “Project Umbra”