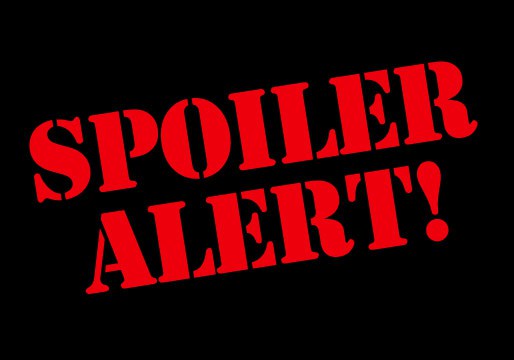 First let me say that there will be ZERO spoilers for Avengers Infinity War. I have seen it, but I will not be spoiling it here or really talking about it. Zero spoilers. None. Zip. Nada. Don’t worry, you may continue reading with your mind at ease. I did my best to keep everything vague and spoiler free. I’m just talking about spoilers as a vague, overarching thing. I’ll even monitor any comments and make sure that nothing gets ruined for you.

Now let’s talk a little bit about the past week. This week has been a busy one both in real life and on the website. I got to visit with a lot of my college friends last weekend and yesterday I watched Avengers Infinity War. Both were awesome experiences. The website had a boost in both viewership and likes. On Sunday, I published a Weekly Blog all about Being Nice and Paying It Forward. On Wednesday I published a Poem all about Exploring A City. And on Friday I published a Writing Prompt/Image Prompt about A Girl and Her Grandmother’s Greenhouse. Again, this week we got a boost in viewership and an increase in followers, so hello to all the new viewers as well as the old. I appreciate all the views, likes, comments, shares, and follows. It’s still crazy to me that one person actually reads the stuff I publish let alone 170 different people from all over the world. I know that there are blogs with thousands of followers, but I’m blown away by one hundred. Anyway no matter if you are a new viewer or have been reading my stuff since the beginning, just know that I appreciate all the support and I hope that you’ll stick me for the months, and most likely years, to come. Now let’s move on to this week’s Weekly Blog topic: Spoilers.

First I want to say that I am very anti-spoiler. I like to experience things for myself whether that be television shows, movies, books, whatever. I hate when things get spoiled for me. I know that some people read the last line or paragraph to a book first to basically spoil it for them before they even start reading the book and that completely baffles me. Why do that to yourself? The whole point of a book is that you read it from the beginning to the end. You don’t just skip to the end. That’s crazy! Like I feel sorry for the author who spent all that time building their narrative. Maybe there’s a cliffhanger at the end or maybe it wraps up nicely with a bow. Either way, the author spent an entire book getting the reader from point A to point B. And that person just threw that all away by skipping to the end without any context. The thought makes me want to rip my hair out. Then there’s people who spoil things for others. That’s one thing that seriously gets my blood boiling. Like I get it if you accidentally slip up and say a spoiler or you say the spoiler out loud thinking everyone has enjoyed the thing you are talking about. Mistakes happen. I get that. But if you purposefully go to the internet to post Last Jedi Spoilers before people even have the chance to see the movie or if you were one of those people back in July of 2005 posted “Harry Potter and the Half-Blood Prince” spoilers on Harry Potter fan websites, then I believe there is a special place in Hell for you. Sorry to be so harsh, but that’s just what I believe.

I mean come on. Why ruin that experience for other people? If someone wants to look up spoilers for themselves and do that, fine. That’s their choice. But for you, a monster, to go around ruining their experience without even giving them a chance. Shame. On. You. Sorry, I just need to take a deep breathe. But seriously, these trolls go to places where they will do the most harm. They go to r/StarWars on Reddit to post spoilers for the new Star Wars Movies or r/MarvelStudios on Reddit to try and spoil Avengers: Infinity War for people. I was so conscience of spoilers this past week that I reduced how much I was on social media leading up to my viewing of Infinity War. On YouTube, I wouldn’t watch anything that even mentioned Marvel or the Avengers. On Twitter, I muted every key word and hashtag related to the movie that I could think of. I even saw the movie a day earlier than I originally planned just so I wouldn’t have anything spoiled for me. I was living in constant fear that some kind of spoiler would slip through the cracks that I went out and saw it Friday instead of Saturday like I had planned. No person should have to live in fear that their favorite thing will be spoiled for them, but I guess that’s just the life we live in. Obviously I did all that I could to keep things from being spoiled and for the most part I did a good job. Now I don’t usually go into a movie completely blind. I watch trailers and sometimes view pictures from set, but I don’t want things ruined for me. Trailers that basically show the entire movie in the trailer are also a big issue for me, but that’s really a topic for another time.

So yeah. Spoilers. Really just the worst. Again, I know that some people seek out spoilers and find out information beforehand, and again, that’s their choice. But to me I like the suspense. I like not knowing until the big event happens and blows me a way. I like the rising action and the build up to the twist. I like all of that. And I feel like spoiling it for yourself just undercuts that. It sucks all the fun out of it. You may try to change my mind about it down in the comments if you want, but I’m pretty stern on my opinions regarding spoilers. Now that I say that, I’m sure people can come up with certain situations where spoiling something ahead of time makes sense. Maybe you looked up the plot synopsis of a movie to make sure you can take children to go see it. Something like that makes sense. If you don’t count those special circumstances, you are not left with a lot of evidence to convince me that spoilers are a good thing. Maybe I’m preaching to the choir here because I’m presuming the people who are reading this are readers who enjoy the same things I just talked about. Maybe I’m rambling with this whole anti-spoiler thing. Both of those could be true. Let me just wrap up by saying that I personally enjoy a spoiler-free experience 99 out of 100 times and that I think that people/trolls who go around spoiling things for other people deserve capital punishment…or at least jail time.

Thank you so much for reading that Weekly Blog. I hope you enjoyed it and also understand that I was joking about the capital punishment thing…at least mostly. If you did enjoy the Blog, feel free to give it a like or leave a comment down below. You can try to convince me that spoilers can sometimes be a good thing or explain why you are one of those people who skip to the last page of the book before reading said book. You can also leave a story down below about a time where something got spoiled for you. No matter what you leave down the comments, make sure you keep it spoiler-free. Even for things that are “super old” like The Sixth Sense or Star Wars Episode V: The Empire Strikes Back. Don’t want anything being spoiled! Whether or not you enjoyed this Blog, there are over 200 different pieces published on the website to date. So maybe spend a little time on the website checking out the other stuff I’ve written. I’d really appreciate it. Plus you might discover another piece that you really love. That’s a win-win.

Again thank you for the support and I hope you have a wonderful week!

Header Photo Credit to Brainstorm Brewery’s post about spoilers and why they suck.
http://brainstormbrewery.com/why-spoilers-suck/