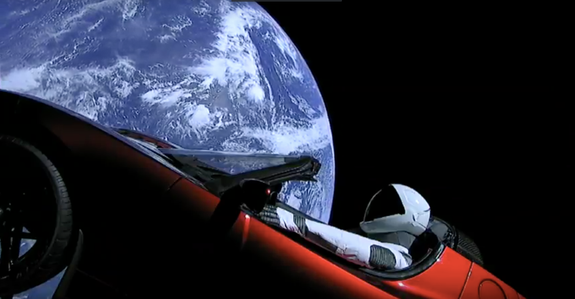 Welcome back to another wonderful, Weekly Blog. First of all, I hope everyone had a fantastic week. Mine was a bit of a mixed bag, but we did have a few great pieces released here on the website. Last week’s Poem was all about Yelling At The Void and the Writing Prompt piece was The Second Part to Sigthyme and Tak’s origin story The Dungeons and Dragon’s inspired world is quickly coming together and this last piece is bringing some adventurers together. If you haven’t read all my D&D pieces, but love Dungeons and Dragons or Fantasy, you might love this universe I’m building. A Band of Misfits Try Saving The Day was the first one written (but not first chronologically). Mark of the Beast is Tak’s origin story, The Half-Elven Prince is Riffen’s origin, and Beware the Dragon is Juniper’s origin story. So there if you have no plans for Valentine’s Day, you can spend the week reading Dungeons and Dragons stories. Nothing says “I’m not totally alone” like spending Valentine’s Day reading Dungeons and Dragons stories. Anyway with Wednesday being Valentine’s Day, you might be wondering why today’s Weekly Blog is not about the wonderful, lovey-dovey holiday. Well don’t worry, there will be plenty of love-filled poems and other stuff this week, so come back and check that out throughout the week. Because we’re going to get so much Valentine’s stuff this week, I thought I’d focus on something else.

Now I know I’m a little behind since this happened a few days ago, but I wanted to talk about it and I run this Weekly Blog, so take that! I’m not sure why I yelled. Sorry. So yeah, this week I wanted to talk about the new and exciting stuff that’s happening around SpaceX and the Falcon Heavy Launch. Honestly it’s so exciting and it’s reigniting (…get it…ignition joke) many people’s interest in space and space flight. Now before I get too far, I want to make sure I’m actually talking about. The news of SpaceX’s most recent rocket launch was everywhere, but maybe you didn’t hear about it. I could try to explain it, but honestly there are people who know way more about it and can give you way more details. Here is SpaceX’s video of the rocket launch. They spend the first half of the video explaining what the Falcon Heavy is and gives you some details about the launch. Here is an article from USA today is you would rather read about it or get to the punch without all the additional details. Now that you are an expert about SpaceX and the Falcon Heavy Launch, we can talk about the four coolest things about the launch (in my opinion).

The first thing that should be mentioned is how powerful this rocket is. I mean it literally has heavy in it’s name. It’s huge. They mention in the SpaceX video that this is the largest rocket launch and consists of 27 different rocket engines (nine for each of it’s cores) and created over 5 million lbs of thrust. You don’t have to know a lot about space to know that is a lot. The second thing is that not only did these three cores help launch this rocket into space, all three of them landed back on Earth without crashing. Things like stages of rockets and satellites come back to Earth all the time, but usually they burn up in the atmosphere or crash land on the planet. That was not the case with these cores. SpaceX was able to design them so they would use their thrusters to land safely back on 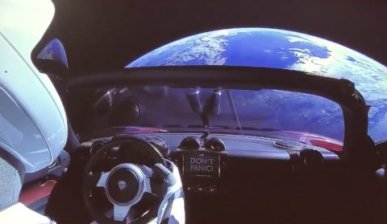 Earth. The first stage cores landed on large landing pads not far from the rocket launch while the second stage core landed on a floating landing pad on the coast of Florida. They all landed successfully, meaning that they can be studied and reused in additional launches. Going forward, that means space travel and rocket launches can be cheaper because they can reuse the cores instead of building new ones each time. SpaceX had done tests in the past launching one of these cores into space and getting it to land, but watching all three of them do it successfully was a whole new level and it was crazy to watch. The third thing is the payload the rocket had when it launched. Usually with tests of rockets, NASA or whoever will fill it with some kind of payload to represent the weight of the astronauts and their supplies to make sure it can carry additional weight into space. Well Elon Musk and SpaceX had some fun with this and they launched Elon Musk’s red Tesla (Elon Musk is also CEO of Tesla) with the passenger “Starman” sitting in the front seat. Now this was NOT a real person. This was just a dummy wearing the SpaceX space suit. There are a ton of pictures of Starman up in space including the one up above. It’s just so crazy. Right now there is a cherry red Tesla orbiting around the Sun in space. IN SPACE!! Now the Tesla was supposed to reach Mar’s orbit, but actually overshot it’s target and is now heading towards the Asteroid Belt. Elon Musks’ Tesla is now beyond Mars. Just freaking crazy. Now the Fourth thing is what I eluded to in the title of this Weekly Blog. After the successful launch of the Falcon Heavy Rocket Elon Musk said, “I think it’s going to open up a sense of possibility. […] We want a new space race. Space races are exciting” (Business Insider). He’s totally right. Space races are exciting. Right now in 2018 there are private institutions like SpaceX and Government institutions like NASA competing to get people into space and get a person to Mars. Mars missions and colonizing other planets and moons is the future, and Elon Musk knows that. He also knows that the more competition the better. I mean just look at what SpaceX has been able to accomplish. That is amazing! I know I keep saying that, but it’s still true! This is amazing!

I am just so excited about all of this. Space has always been a favorite subject of mine and something I love to hear about. Some of the stories about space sound like crazy things out of a Sci-Fi Novel or a Star Wars Film, but it’s 2018 and that stuff is real. We are truly living in the future. I cannot wait till space travel becomes more and more common place just like flying in an airplane. One day we’re going to have bases on Mars or the Moon. It’s crazy to think that day is getting closer to closer thanks to people like Elon Musk and everyone who is a part of SpaceX. I’m sure it was amazing for everyone who works as SpaceX to not only see the Falcon Heavy Launch be successful, but also see all the people who were cheering at the magnificent sight. People are truly hyped about space once again and if SpaceX continues to make leaps and bounds in the technology of space travel, we could see a manned mission to Mars in the next few years. People keep speculating that 2020 could be the year, and I really hope so. Landing on the Moon was an amazing achievement for mankind, but landing on Mars is a whole ‘nother level!

So yeah I guess that’s all I really wanted to say about the new space race and the Falcon Heavy Launch. I’m not a science guy, so I’m sorry if I explained anything wrong or used the wrong terminology. Again read the articles and watch the video. Those are the people who know what they are talking about. If you watched the launch liver or were just excited about this launch, leave a comment down below talking about it or your love of space. I’d love to share in your excitement. Also, if you liked this Weekly Blog, feel free to give it a like or even share it with your friends. That helps me get the word out and grow our community here on WordPress. I really appreciate all the support no matter if it comes to me in the form of views, likes, comments, or shares. All of it makes my day. If you don’t like space or didn’t like this Weekly Blog, 1) I’m sorry to hear that and 2) there are plenty of other stuff for you to check out. Hopefully you’ll spend a little time checking out the website and you can find something you’ll love to read.

Ok that’s all for now. Thank you again for all your support and I hope you have a wonderful week!

P.S. Just a reminder that there will be a bunch of stuff coming out this week around Valentine’s Day so come back and check that stuff out! Ok thanks! Bye!!