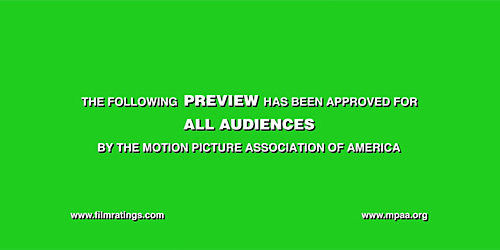 It’s been a little while since I’ve posted a proper Weekly Blog. Last week I was busy at my Best Friends’ Wedding which was a blast. We had a wonderful weekend and it let me just relax and hang out with friends and family. However that is over and I’ve jumped back into the fray of work and writing, so here I am! I’m hoping to get back into a rhythm with a new Pokemon Chapter on Wednesday and Writing Prompt piece on Friday. I did plan on having a piece last Friday, but somehow it didn’t get saved. I don’t know if it was something I did or something WordPress did, but when I went to finish it off Thursday night, 90% of the piece was missing. WordPress didn’t save it and I didn’t have time to rewrite it all, so I just decided to push it back for a week. I want to remind everyone reading (old and new) that I post updates on pieces on my Facebook Page and Twitter Page, so if you want to stay up to date on what is being posted on the website, feel free to follow our social media accounts. I also want to thank everyone who is reading this. I really appreciate all the views, likes, comments, and shares. All of the support from viewers old and new really mean the world to me and always makes my day better so thank you again.

So over the past few weeks we have seen some much anticipated movie trailers. The biggest trailer that dropped this week was the Trailer for Star Wars: The Last Jedi. If you haven’t seen it, take a moment to watch the trailer and then come back to read this! This was a trailer that took the world by storm as everyone had a new fan theory about the adorable Porgs, how Star Wars is going to handle Carrie Fisher’s death, Luke’s role in the movie, and whether or not Rey and Kylo are going to team up and take over the galaxy together. It left us with a lot of questions while also showing off Rian Johnson’s directing style. We had moments of Rey training with Luke, Kylo in a space battle, and Ice Foxes on a Hoth-like, snow planet.

Another movie trailer that dropped this week was the final trailer for Justice League. Now personally I’m a big Marvel Fan and way more excited about Thor: Ragnarok. However there are a lot of DC Comic fans who are excited to see the DC version of the Avengers on the big screen together. There will be Batman, Wonder Woman, Cyborg, Aquaman, Flash, and possibly Superman all fighting together against Parademons and Steppenwolf. If you don’t understand that, that’s ok. I don’t really understand it either. All you need to know is that DC Comics biggest superheroes are teaming up to fight some kind of evil, space alien guy who definitely doesn’t have any infinity stones or a floating chair. Finally another trailer that I was super excited for was for the Netflix original show: Stranger Things. Netflix is bringing back their 1980s Science Fiction – Horror TV show and I’m super excited. I was a little late to the party when it came to watching season 1, but I’m going to be binge watching Season 2 as soon as it drops and I’d recommend watching the series if you love Science Fiction, Horror, The 80s, and/or Speilburg movies. To me it has a Super 8 or ET vibe, but much better.

So why am I talking about all these new things coming to the big screen and the small screen? Well besides trying to get all the views from including tags of “Star Wars,” “Justice League,” and “Stranger Things,” I also want to talk about good and bad movie trailers. Now the purpose of a movie trailer is to give viewers a small snippet of the movie to get people interested so they will go out and spend money watching said movie. A good trailer shows just enough to get the viewer interested in the plot or the characters without ruining the movie by giving away too much. A lot of bad trailers reveal way too much of the movie and don’t leave anything to the imagination. Maybe the trailer reveals all the jokes and ruins any funny moments in the movie or maybe they are like the final Batman v. Superman movie trailer that revealed Doomsday and basically revealed the entire third act of the movie. People who saw all the trailers for Batman v. Superman really didn’t need to see the movie. It revealed all the characters, showed you the third act, and basically showed all the small quips that Batman and Superman had in the movie. I mean it didn’t reveal that Batman and Superman would end up teaming up because their moms share a first name, but that was probably for the best. Altogether it wasn’t a great movie trailer.

Now lets compare this to the new trailer for Star Wars: The Last Jedi. Now this trailer was action packed and full of great moments that Star Wars Geeks are looking forward to. We saw Luke, Leia, Rey, Poe, Chewbacca, Finn, and Kylo as well as new characters like the Porg. It showed just enough to get people excited about the movie without giving away too much. Now we won’t know for sure how much of the movie the trailer is giving away until the movie actually comes out, but I think that there was a lot of misdirection in the trailer. Movie trailers usually jump between scene and scene to set up its own sub story but that story doesn’t always parallel the actual story of the movie. Who knows if the scenes we saw right next to each other in the trailer actually happen right next to each other in the movie. I’m guessing that the trailer is purposefully showing us the scenes of Kylo Ren in the Tie Fighter and Leia in her ship next to each other to trick us into thinking Kylo Ren kills Leia. We won’t really know until December when the movie comes out.

Another thing I want to compliment Disney/Star Wars on is that they’ve basically kept it all under wraps without revealing too much to us. One issue they have had in the past is that they have revealed trailers too early in the movie’s production and then late changes to the movie end up cutting stuff out of the movie that was in the trailer. One example of this was Rogue One: A Star Wars Story. When they movie came out, there were several scenes and dramatic moments that were in the trailer that was nowhere to be found in the movie. Another example is the movie Frozen. I remember an early trailer where Elsa was the main villain of the movie. This was the original plot of the movie until the song “Let it Go” was written and then Disney decided to change Elsa into a misunderstood protagonist. In contrast to these trailers, this new Star Wars trailer has came out only a few months to the movie’s due date and after filming is over. So it very likely that the scenes we see in the trailer will all be in the movie. I guess it’s possible it will do the same thing that the Rogue One trailer did, but I find that unlikely. Altogether I’m really excited for the new movie and I think the trailer is a good one. Of course my bias is definitely influencing my views on the trailer and the movie as a whole. I just believe that for the most part, Disney and Star Wars knows what they are doing and they know how to make a good trailer.

So that’s my thoughts and view on movie trailers in general as well as the specifics surrounding the most recent trailer for Star Wars: The Last Jedi. I could go on and on about all the things I loved about the trailer as well as go on another tangent about how awesome the Stranger Things Season 2 trailer was, but I think I should wrap it up there. I’m not a movie critic or anything like that, but I hope you enjoyed my insight on movie trailers. If you liked this Weekly Blog post, feel free to give it a like or leave a comment down below. Also there are plenty of other Blog Posts on the website that you can check out that I’d definitely recommend. If you didn’t like this Blog Post, that’s ok too. There are also Writing Prompt pieces, poems, and many other pieces on the website. If blogs aren’t your thing, maybe you can find something else you’d enjoy reading. Altogether I hope you find some stuff you like and give that a like so I know what kinds of pieces you like to read.

Thank you again for all your support and I hope you have a wonderful week!