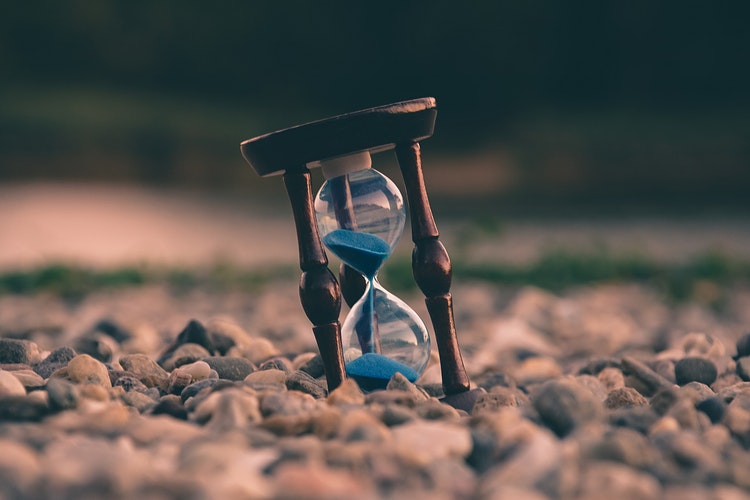 I hope all of you are having a wonderful week! I had a pretty good week, but I have a couple of stories which will serve as the center of this week’s Weekly Blog topic. I wasn’t planning on writing about this, but these two things happened and I felt compelled to write about it. I’ll get to it in a moment, but some people really need to learn (or relearn) patience and situational awareness. Speaking of which, you’ll have to be patient for a little bit as I talk about the other pieces that got published this week. (See what I did there?) Last Sunday, I published a Weekly Blog talking about the cultural event known as Avengers Endgame. The Weekly Blog is full of spoilers so read it only after you’ve watched the movie! But basically, I had no hot takes on the movie. It was really good and I enjoyed it thoroughly. On Wednesday, I published a Poem titled “Wanderlust” which speaks to the burning sensation inside of all of us that makes us want to travel as well as the journey we all take together through life. Give it a read if any of that interests you. I know that I always have a strong urge to travel and see the world and I feel like a lot of people can relate to that. Finally, on Friday, I published the next chapter of my Dungeons and Dragons inspired series titled “A Knowledgeable Ally [D&D].” If you haven’t read any part of the series, I highly recommend them, especially if you love Dungeons and Dragons or Fantasy. It’s one of my longest series and it’s probably the stuff I enjoy writing the most!

So what happened this week that I just had to write about it? Well it might not be that exciting, but this week had a couple examples of people who really need to learn situational awareness and patience. Now, I’ve heard countless times how people lack common sense, but I think people are also lacking when it comes to patience and situational awareness as well as empathy. All of those are important skills that seemed to get tossed out the window when entitlement shows its stupid face. Let me give you an example from this week about what I’m talking about. This past Thursday I had the day off work so I decided to get some lunch at Chipotle. I walk in around 11 AM and it is super obvious that they are busy. The whole team seems to be working on getting two large catering orders out. Maybe they were for Graduation Parties or maybe the office just wanted a large amount of burritos, I don’t know. Anyway, there are a couple employees manning the line and getting everyone else’s orders going. A gentleman in front of me orders a bowl while I order a burrito. We are both moving down the line and the man gets to the cashier, but the person who checks people out was in the back making sure the catering order was complete. The man waits there for literally less than two minutes and decides it is not worth it. He just walks out, leaving the food there and leaves. He just leaves! Then I move over and the cashier appears from the back less than ten seconds after he left. I was so dumbfounded. Like you couldn’t wait two minutes or even three for your food. It was obvious things were busy and instead of being empathetic to the workers, this man decides that it’s not worth it and he just leaves. I just don’t get it. That man needed a big dose of patience and situational awareness.

Another example also comes from this week when I ordered pizza and went in to the local restaurant/bar to pick it up. This was Friday Night and the place was very busy. I walk up to the bar and they tell me that my pizza was just coming out of the oven. So I stand there for a second waiting on my food and this woman emerges from the back room to track down her waitress. Then the woman begins to berate her waitress and demands that food is taken off of her bill because, in this woman’s words, 1) Her daughters food arrived late and 2) Her daughter doesn’t want to eat it anymore. Now I just got there and heard only one side of the story, but it seemed to me that this woman felt entitled to some free food. Maybe she was in the right, but she was not going about it the right way and continued to yell at the waitress as she explained that she was unable to take food off the bill unless something was wrong with it and that the woman could talk to the owner if she wanted. But no, this woman didn’t want to talk to the owner. She just wanted the food removed from the bill and she wanted the new bill NOW. I felt so sorry for the waitress because the place was busy and I’m sure she had been dealing with costumers like this all day. This sense of entitlement is rampant, especially when it comes with dealing with retail employees or people in the food industry. If you worked in either of these industries, you know how terrible it can be and how rude employees can be when it comes to things that are usually out of your realm of control. If people were a bit more empathetic to people in the service industry and were a bit more patient, everything would be better for employee and the costumer. But no, these people have to act entitled and can’t wait for a second even though it’s obvious that there are a hundred other things going on. I just got my pizza and left hoping that the waitress’ night improved from there.

So there are two food related examples of how bad people were acting this week and I’m sure everyone out there has been witness to similar situations. I just wish people would be a bit more patient with one another especially when it comes to busy situations like this. If people were just standing around, messing around instead of working, that would be one thing, but it was fairly obvious in both of these examples, that the employees were working hard. Apparently that isn’t enough for these customers. This leads me to thinking that all people should work in the food industry or another service industry like retail so that when they grow up, they can emphasize with the employees instead of feeling entitled to getting whatever they want when they want it. I know that there are good costumers out there and that there are bad employees. I’m not going to deny either of those things, but it seems like more and more there is a clash between entitled customers and employees just trying their best. I know that these employees don’t get paid enough to care about the abuse they get on a daily basis and that’s why they leave retail and food jobs. It’s just not worth it. So next time you find yourself in a situation like this, take a look around first and take in the situation. Be a little bit more patient and empathetic to the employees. Doing that will end up making it better for both you and the employees.

Thank you so much for reading that Weekly Blog. Hopefully you enjoyed hearing about these stories and agree that people need to rely more on empathy, patience, and situational awareness rather than entitlement and anger. Again, I’m sure everyone out there has either witnesses something like this or been the target of unwarranted hate and screaming. If you liked this Weekly Blog, feel free to give this Weekly Blog a like or leave a comment down below. Feel free to share one of your experiences where you dealt with a difficult costumer or a time where you actually a really awesome customer. I’d love to hear from both sides of the coin. If you really liked this Weekly Blog, you can Follow me here on WordPress and Follow me on Twitter. That way you’ll know when the newest pieces get published. You can also spend some time on the website checking out all of the other published pieces. There are over 400 pieces including Weekly Blogs, Poetry, Writing Prompt Pieces, and Fanfiction, so eat your heart out!

Thank you for your continued support and I hope you have a fantastic week!