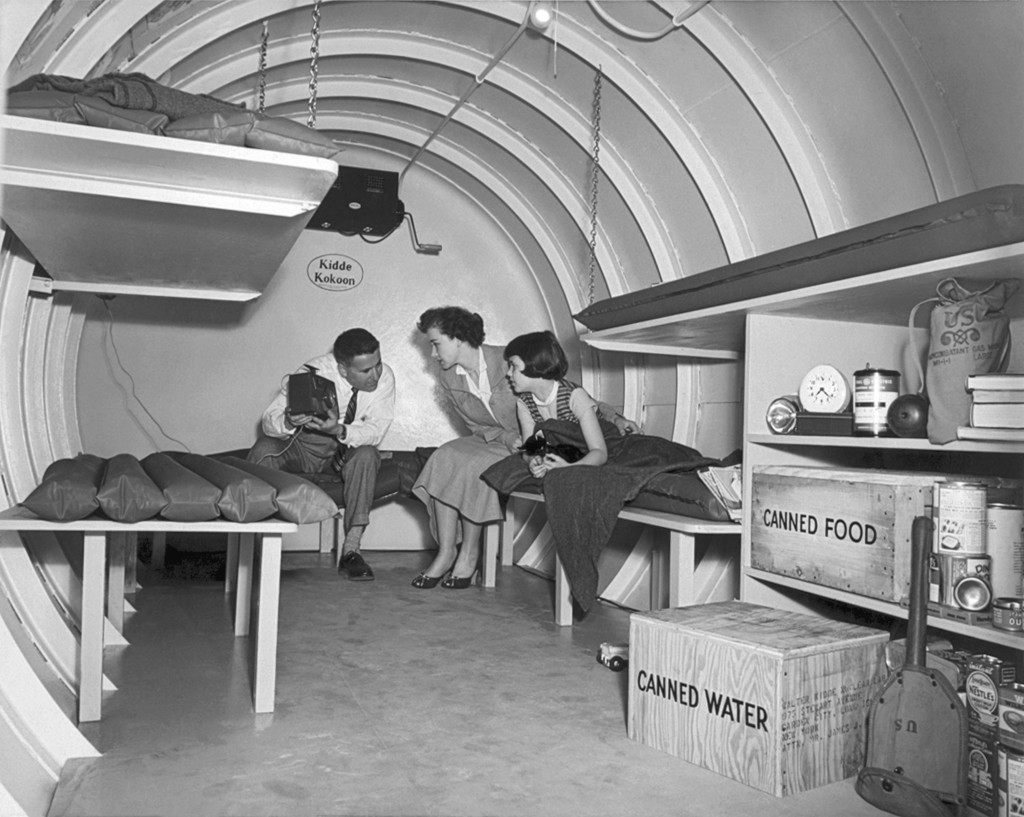 Prompt: “It’s Christmas Eve 2038. The world has been destroyed due to nuclear war, but Santa, being immortal, has survived, and plans to deliver presents to the few remaining humans locked in their fallout shelters.”

Up above the surface, the air was green and small bits of ash and dust rained down from the sky. It almost looked like snow as it collected on the surface. A few small rodents scurried along the ground. Not much survived on the surface, and the stuff that did survive was horribly mutated and did not last long.

People fled from the surface when the bombs rained down and the radiation blocked the sun. They were forced underground into bunkers. The people on the surface died while the few underground did their best to survive. The world was much colder now. Emptier now. Quieter now.

Paul was one of the “lucky” few to survive the nuclear winter outside. His wife was a Senator and a Doomsday Prepper. She used the money she got from lobbyists to build an underground bunker in their backyard. When the bombs came, she grabbed Paul and they both lived underground for years.

Unfortunately during the spring of 2037, Paul’s wife got sick. Paul wasn’t sure if it was from tainted food, radiation poisoning, or some kind of sickness. Either way, Paul couldn’t stop it and he lost his wife.

Now he just had to live his life in the bunker. Alone.

Paul poured a packet of dehydrated food into a pot of boiling water. He stirred it as it concealed into a paste. It was supposed to be garlic mashed potatoes, but it tasted more like glue.

Paul then opened a can of meat. Supposedly it was beef, but Paul had no idea. It’s not like he could file a complaint with the company that packaged the food or the government that regulated the food. Neither one existed anymore.

After cooking the food. He put them both on a plate and carried it over to the dining room area of the bunker. He sat down in his favorite chair and turned on the television. It used to play an emergency broadcast on its only channel, but that message stopped broadcasting over five years ago.

Paul used the remote to change the input. He hit play on the DVD player and a movie began to play. It was a C-SPAN video of his wife speaking about Climate Change.

Paul also grabbed movies he and his wife used to love. He had played them a million times. There wasn’t a lot to do down in the bunker. So movies were a must. Anything to pass the time.

He continued to shovel the potato paste and meat substance into his mouth as he watched. The hearing was over an hour long, and Paul watched every minute of it. Just hearing his wife and seeing her face. It was enough to make him cry.

He sat the dishes in the strainer to dry and then proceeded to walk to the spare bedroom. The main bedroom was untouched for over a year. It was where his wife had passed. Unable to remove her and give her a proper burial, he had taken his belongings out of the room and sealed it like a tomb. There her body laid in the airtight room.

Paul pulled back the wool covers on the spare bed and laid down to rest. His dreams were always a mix of memories with his wife, images of a new restored life, and dark nightmares of fire and death. These visions haunted Paul and almost drove Paul to taking his own life. But he just couldn’t do it.

He persisted. Everyday going through the emotions and following the routine. He always ended his day with dinner, followed by watching old movies, and then going to bed. Alone.

Paul awoke in the middle of the night. Beads of sweat clung to his forehead.

He swore he heard a noise.

“Hello?” He asked with a raspy voice.

There weren’t many days where he used his voice. He used to talk to himself. Even sing songs. But the echoes just made him sadder and sadder.

Paul heard a thump coming from the dining room.

He looked around for some kind of weapon. He knew that his wife had stored a handgun in the bedside table in the main bedroom. But Paul didn’t grab it before sealing the room. He figured he didn’t need it.

Paul grabbed a broom from the corner of the room and made his way out to the dining room. He noticed a large, white gas mask laid on his table. There standing beside the television was a man in a red, hazmat suit.

“Stop right there!” Paul tried to shout, but his voice squeaked.

The man turned to look at Paul. He had white hair and a beard. A small set of spectacles sat upon his nose.

“Who are you?” Paul continued to point the broom at the strange man.

The man smiled, but Paul could see the wear of age and stress on the man’s face.

Paul stood there holding the broom. Unmoving. He wasn’t sure what to say.

The man gave a little laugh. He then coughed into the elbow of the suit.

“I know I have not visited for quite a while. The conditions outside are quite frightful,” Santa said. “But I have come with gifts.”

Santa reached into his bag.

The first thing he pulled out was a plate of…cookies…

Paul had not seen cookies for three or four years now. His wife and him had eaten through the sugary stuff in the first few years since they did not last as long as the canned food.

“I thought you’d like those,” Santa said with a smile.

“Thank you…” Paul said still not sure what to say or do.

“I figured you’d need something to pass the time,” Santa said. “I even brought Shadow of the Colossus. I remembered that it was your favorite.”

Paul nodded. It was one of his favorite games to play as a kid.

“I have one last present for you,” Santa said putting his hand back in the bag one more time.

He shuffled around in there for a second and then pulled out a cassette tape player.

“What’s that?” Paul asked taking a few steps closer to inspect it.

Santa pushed the play button on the tape recorder. The wheels of the tape began to spin. At first there was just static and then Paul heard the sound of his wife’s voice fill the room.

Hey Honey. It’s me. Happy Birthday. I wasn’t really sure what you wanted for your birthday, so I thought I’d so something retro. I saw the idea on Pinterest. Anyway, I just want to tell you how much you mean to me and how great of a husband you are. I know things have gotten busy, but my life is never too busy for you. I love you.

Then there was just static again before a song started to play. It was a slow, melody played on the piano.

This was their wedding song.

“From the house,” Santa said. “She left it behind when the bombs started to fall. I know she would have wanted you to have it.”

The music continued to play.

Paul wiped tears from his eyes, but more kept coming.

Finally Paul dropped to his knees beside the dining room table.

He looked up at Santa through his tear-filled eyes. He blinked as the image of Santa became fuzzier and fuzzier. Eventually the whole world became blurred to the point it was just colors.

The music continued to swell through his mind as Paul laid there on the ground.

He gasped for air as the world around him became fuzzy. The poisonous air filled his lungs and the music filled his head.

Paul blinked and there was no one standing there. No cookies. No PlayStation. No music. Just a dying man’s vision.

Paul continued to breathe in the poison air as he laid there gasping.

Throughout the night, the air filter to the bunker had broken. No alarms sounded. Paul had no idea.

It was truly a cold, winter’s night.

Prompt submitted to r/WritingPrompts by u/jazzchameleon

One thought on “A Visitor From the North”