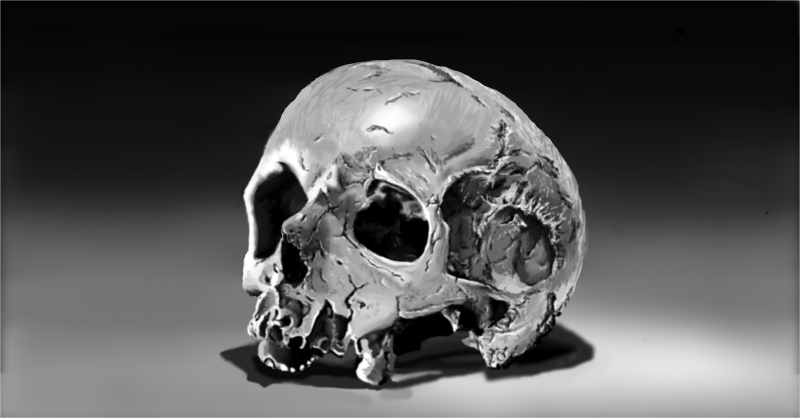 Prompt: “You’re a necromancer who raises the dead so they can say goodbye to their loved ones.”

To Whom It May Concern,

First thing I need to tell you is that I’m a necromancer.

Before you respond, “Oh cool. I’m a level 7 Ranger-Bard with a Jaguar Companion,” I must tell you that I don’t care. That’s not what I mean. I don’t play basements and Asthma Inhalers or whatever you call it. This isn’t a game.

I raise people from the dead.

Now before you go and do something stupid and go call call the cops, just listen. First of all, if you did call the cops, would they believe you? No. Of course not. You’d end up in some loony bin if those still exist. Second, I’m not out there raising up some undead army to take over the world or whatever it says necromancers do in your basements and Asthma Inhalers books. I mean I did keep my pet hamster alive for about three weeks when I was only eight years old, but after awhile not even my magical energy could keep the thing from smelling, and I had to bury it in the backyard. Why am I even telling you this? I’m rambling.

Like I said, I’m not raising a zombie horde or anything. I actually perform a service for the community. I bring people back. Not forever. Just a little more time.

It started when I was in college. Freshman year. I’d been super secretive about my abilities (for obvious reasons), but one day I discovered that this power could actually help people. That wasn’t my first goal, but it gives me something to do, so I guess I can’t complain.

Anyway, so I’m at this party and it’s like a classic movie scene. Girls. Guys. Booze. Bad Decisions. My college roommate is dating this College Tennis player. Nice guy I guess. Not my type but my roommate really likes him. At the party, they both get really intoxicated while I’m at home working on a really important assignment called sleep. I get woken up at 3 AM by my roommate who is hysterical. Apparently there was a car crash after Tennis Star decided he was sober enough to drive. Wrong. So I get in my car to race to the scene. Tennis Star went through a red light, struck a vehicle, and killed the driver of the other car. A 90-year old man who was on his way home to his wife of 65 years. Tennis Star is just bruised and cut up. Totally fair. I know.

So Tennis Star is tried with a whole bunch of crimes and ends up getting sentenced for 15 years. The other driver is dead and the widow is distraught. I decide I have to give her one more day. It’s only fair. That’s what I try to be all about.

I track down the widow and I try to explain to her that I’m unique. She doesn’t really understand. She’s pleasant but really confused about who I am and what I’m doing there. I fake some story about how I know the dead guy and tell her that I will meet her at the Funeral Home before the Funeral. I spend a minute trying to explain about my situation but she’s just completely out of it. Shock. Grief. All of it. I then proceed to show her.

I expected a scream, but that wasn’t the case. She just stood there as her husband’s chest rose and his eyes opened. Now it gets complicated with people who have gone through the embalming process (which is most people). All that stuff really messes up the body. It makes it stiff and I can’t move the limbs. But I can allow eye movement, mouth movement, and air to pass over vocal chords. I can allow people to have a last conversation.

So yeah. That’s what I do. And that’s what I did for the lady that day. I guess she was my first client. If I can even use that word. She got to talk to her husband for about 20 minutes. There were lots of tears as I just stood nearby whispering the spell that kept this man alive. Then they said their final goodbyes. I stopped whispering and the man returned to the land of the dead.

The woman hugged me and thanked me. I still don’t know if she realized what I was or what I could do. Maybe she thought I was an angel or a demon. I don’t know. But in that moment, I made her happy. I read in the obituaries that she passed away three weeks later, but I didn’t attend that funeral. She was reunited in whatever afterlife they believe in and I wouldn’t want to disturb that.

So that’s what I do now, I guess. I’m very particular with who I take as my client. I’m always reading the obituaries looking for people who may need some closure. People who died due to a drunk driver, a teenager or child took from the world at a young age, or a soldier who never got to meet their son or daughter.

Sometimes it is extremely hard due to the circumstances of the death. My abilities do have limits. I can’t…produce a body, if you know what I mean. Also I don’t want to draw too much attention to myself. I don’t want some kind of X-men situation (enjoy my nerd reference there?) where the government kidnaps me and forces me to create zombie armies or bring back dead Presidents or whatever they would do to me. That forces me to be very selective on who I help. No big name cases or national spotlight for me. Just lowkey helping people out. I think my number is 58. I keep track in what I call my “Black Book.” I keep track of people’s names and situations.

Yeah it can be construed as creepy or whatever, but I like having a record. That way I can look back and be reminded that I’m doing good. Plus I don’t care if it is a little creepy. Just look at me. Look at what I can do. It’s not really wholesome and cheerful.

So I’m reaching out to you. I have determined that you are one of those special situations. Don’t try to spread around this information on the internet. No one will believe you and the number below belongs to a burner phone. But if you would want some last few words with the deceased, feel free to contact me at:

One thought on “Writing Prompt from r/WritingPrompts: Final Words”