“Hey!” I called after her as I ran down Mahalo Trail.

She didn’t turn back. Maybe she was too far to hear me.

I took after her one hand on my hat and one hand on my bag. I ran faster than I had ever in my life. I barely noticed the statues lining the path as I climbed the stairs of Mahalo Trail. By the fifth set of steps I was out of breath. I leaned against one of the statues, breathing hard. Maybe I should just head back and wait for the Kahuna.

A scream echoed down the trail. That has to be the girl!

I took off running using the last of my energy to get to the top of the hill. The path of statues eventually opened into small clearing. The girl in white was standing by a rickety, wooden bridge.

She turned to me and said, “Please help me! Nebby is in trouble!”

Nebby? Help? Me? All things I wanted to say but I was still breathing hard.

The girl pointed towards the bridge and there seemed to be a small blue and purple blob in the middle of the bridge. There were three spearows circling and pecking at it. 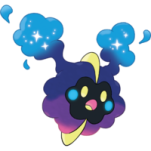 Pokemon in trouble was my only thought as I pushed myself onto the bridge. Heights really isn’t my thing. And this bridge looked like a light breeze would tear it apart and send me into the river. I held onto the ropes on the side as I got closer and closer to ‘Nebby.’

I heard the girl yelling behind me but I tried to focus on the Pokemon in front of me. I got close enough to flail my arms and the spearows scattered.

“Watch out!” I heard the girl yell to me.

I looked up and saw that the three spearows were circling back to attack me with their beaks and claws. I knelt down beside Nebby and wrapped my arms around it. I tried to put myself in between the Pokemon and the spearows sharp beak and talons.

Just when I thought I was going to be attacked by the spearows, I felt this wave of heat resonate from Nebby. I looked down to see it glowing bright and it felt like I was holding a ball of fire. There was an explosion of light and the bridge fell apart under my feet. I felt myself falling towards the river below. I held on to Nebby tight and closed my eyes tight preparing for the worst. 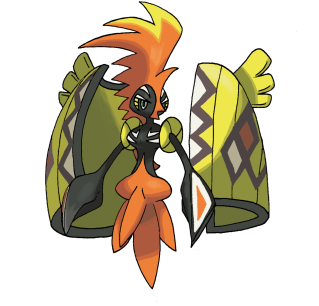 Instead of falling into the river, I was lifted up into the sky. When I opened my eyes I was floating above the landing holding onto Nebby. I looked up to see a Pokemon carrying me. It put my down and I turned around to see it floating there. It had a black body with orange fellows at the bottom. Its arms seemed to be covered with large, yellow shields and it had orange and yellow feathers jolting out of its head that looked like a blade. I was speechless as it took off towards the sky and out of sight.

“What…what was that?” I managed to stutter.

She turned to me remembering I was there. “Oh my gosh…are…you ok?”

I nodded unable to speak. My mind was a blur.

“I’m so sorry about Nebby. It never stays in the bag.”

Nebby was already bouncing around without a care. It didn’t seem to care about being scolded.

The girl hung her head. “Yeah me too… I was so..so…so… scared. I just froze. I couldn’t help Nebby.”

The girl looked like she was going to cry and I wasn’t prepared to deal with that with my frayed nerves. “It’s ok. I was happy to help you and Nebby.”

Nebby was over near the edge of what used to be a bridge digging at something in the ground.

“What is it doing?” I asked directing the girl’s attention to Nebby.

We both ran over and Nebby was starting to dig out a shiny rock. I reached down and helped pull the rock from the ground. It was golden with small sparkling jewels inbeded in it.

“Do you know what this is?” I asked the girl.

She shook her head no. “Maybe the Kahuna would know.”

“The kahuna!” I had totally forgotten what I was supposed to be doing. “He’s not up here, is he?”

“I’m sure he’s in the village by now. We should go back to Iki Town. I can’t take Nebby to the ruins anyway…so there’s no need for me to be up here.”

The girl picked up Nebby and put it in her bag. “One last thing.”

“Please don’t say anything about Nebby to anyone… It’s… kind of a secret. And you saw what kind of power it has. I don’t want Nebby falling into the hands of… bad people.”

Our walk back was pretty quiet. I was very happy to be going down the steps instead of up them. Plus I didn’t have to worry about any other spearows attacking me. The adrenaline of fighting off bird pokemon and flying into the sky had worn off though and I felt like I was going to drop. We made it to Iki Town in no time and Professor Kukui was near the wooden platform. He waved us over.

“How was Mahalo Trail? Did you find the kahuna?” He asked me.

“No he wasn’t up there. But I did meet. Ummm…” I turned to the girl in white. I just realized that we had not exchanged names.

“Oh sorry,” she said. She must have thought the same thing. “My name is Lillie.”

“Yeah….I guess. I don’t really do that much. Professor Kukui basically just lets me live in the lab…”

Professor Kukui was right. He did look like he’d be a Kahuan. He was an older gentleman with gray hair and bush gray mustache. He was wearing white shorts, a blue shirt, and a yellow floral coat. He had a white belt that was tied together and held a fan.

“Kahuna Hala!” Professor Kukui motioned for him to come over.

“Alola Professor. Alola Lillie.” He said nodding at them. “And this must be the newcomer to the island.”

“Hi. I mean Alola.” I said stumbling over my words. New people really did stress me out.

“What a great name!”

“Kahuna Hala,” Lillie jumped in saving me any more embarrassment. “Did you… see a Pokémon fly over?”

“What kind of Pokémon?”

“I’m not sure…I had never seen anything like it before. But… it saved Alexis’s life when the bridge collapsed.”

He looked from me to Lillie to me again. “The bridge collapsed?”

Lillie told Kahuna Hala and Professor Kukui about the bridge collapse. About how I saved Nebby from the spearows and how I almost fell into the river and was saved by this floating Pokémon.

“Hmmm… I believe you had an encounter with Tapu Koko,” Hala said.

“Yes. Each of the four islands of the Alola region have a guardian Pokémon that protects the island from harm. Here on Melemele Island, we are protected by Tapu Koko. It is a rarity to see because it is such a fickle creature, but it does make its presence known and has helped many on the island over the years.”

“Wow, Alexis! You met your first legendary Pokémon and you don’t even have your own Pokémon yet,” Professor Kukui said.

“Then we better get this started. Picking your first Pokémon is a huge deal no matter what region you’re from. Here in Alola, it is no different. Each Pokémon trainer gets a starter Pokémon when they first start on their journey.”

Kahuna Hala produced three Pokeballs from his pockets and tossed them in the air. Each one opened up and a red beam of light shot out. The energy formed into three different Pokémon on the wooden stage.

“The first one is the grass-type Pokémon, Rowlet. It’s the grass quill Pokémon,” Hala said.

Standing before me was a little brown owl Pokémon with green feathers on its chest that make it look like Rowlet is wearing a bow-tie. It cooed before ruffling its feathers and flapping its wings.

“The second one is the fire-type Pokémon, Litten. It’s the fire cat Pokémon.”

Its description was right on the money. Litten was a mostly black cat with red markings on its face and red whiskers. It looked at me with big yellow eyes and then meowed at me, tilting its head to the side.

“The third is the water-type Pokémon, Popplio. It’s the sea lion Pokémon.”

The third Pokémon was a dark blue seal with a light blue mane around its neck. Its nose looked like it had a big, pink ball on the end of it. It barked at me and stood up on its front paws. He clapped his back paws like hands.

“Which one are you going to choose, Alexis?” Lillie asked me.

“It is a tough decision,” Professor Kukui. “Whichever one you choose will be your partner for your entire Pokémon journey.”

Thanks for the pressure. I looked between Rowlet, Litten, and Popplio. Which one would make the best Pokémon for me?

Litten looked at me with its yellow eyes and then went to licking its paw and cleaning its face. Well that was a little underwhelming.

“That’s a wonderful choice, Alexis! Now it’s time for Litten to choose you,” Hala said. “You’ll stand on one end of the platform and Litten will be on the other. If Litten comes to you, then it’s official!”

I stood on one end while Litten stood on the other. Litten looked up at me and tilted its head while its tail swished back and forth.

Litten just seemed to stare at me for a few seconds. Then Litten stood up on its four paws and ran over to me. It leaped into my arms and almost knocked me on my butt. I caught Litten and managed to stay up. It purred in my arms as I held it.

“Litten has accepted you and you’re going to be friends for life,” Professor Kukui said.

“Are you going to give Litten a nickname?” Lillie asked.

I haven’t thought about that. I guess my Mom named Lucky the Meowth so Litten needs a name too.

I thought for a second and then said, “I’m going to call him Smokey!”

I looked down at Smokey and he seemed to give me a smile, “Litten!”

Lillie looked around to see that Nebby had escaped its bag. It was bouncing around next to Popplio and Rowlet.

“Nebby!” Lillie ran over to put Nebby back into her bag.

Professor Kukui handed me a Pokedex and a Trainer Passport.

“That’s a Pokedex. It’s like an electronic encyclopedia of all the Pokémon you see and catch. It holds information for all the Pokemon you’ll see in Alola. The other thing I handed you was a Trainer Passport. That allows you to travel throughout Alola to the four different islands. Both will help you out greatly on your Pokémon journey!”

“Thanks Professor Kukui. And thank you Hankuna Hala. You’ve both helped me a lot,” I said. “I think I’m ready to be a real Pokémon trainer.”