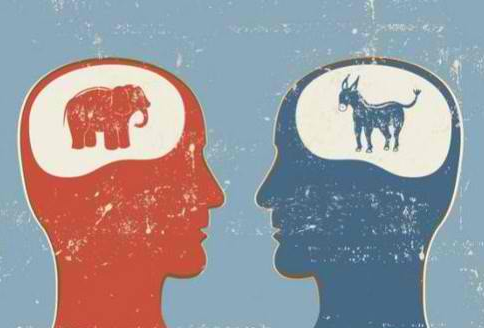 Hello people of the internet! I want to take this time to talk about the future of the website and my future in politics as well as leave you with some final thoughts going forward. Just so you know, I’m going to talk a bit about things later during Sunday’s Weekly Blog so if you read both of these posts, it might be a little redundant. Let me start by saying that I’m currently pursuing a career in the public sector. I graduated college with a degree in Political Science and English so I’ve always been seeking a job where I can put my degree to work, but recently there have been some real progress in seeking a government job which has lead to me rethinking whether or not I should continue to put my political opinions out there on a regular basis on the website. This has been a discussion I’ve brought up several times with readers and close friends who have insight into my website ever since it began.

Now, I really enjoy political writing and I’ve had a wonderful time writing political pieces. Creative writing is really great and it lets me flex my creative muscles writing fiction and fantasy, but political writing also helps me keep my writing skills fresh. It allows me to write down my opinions, do some research, and formulate pieces based off nonfiction instead of fiction. The thing is, I don’t want these pieces to be viewed negatively by potential employers. All of these opinions I’ve written so far are mine and are not influenced by others. That being said, no one is making me stop. This decision is my own and ultimately it comes down to the fact that I’m wearing myself a little thin. I’m kind of pulling myself together and reducing the number of pieces I’m writing per week (more on this Sunday) and this is being done by cutting on the political pieces and focusing on the creative writing pieces. That might have been a bit wordy so in summary: 1) This piece and the Weekly Synopsis will be my last political posts at least for awhile, 2) The opinions I’ve written are mine and not influenced by anyone, and 3) My decision to stop writing is completely my decision. Hopefully that makes sense and I understand this decision.

Now that we got some of that housekeeping stuff out the of the way, I wanted to give a little bit of insight into what the last couple months have happened in the world of politics. I started my series of political posts by talking about bipartisanship, the need for the people to hold the government accountable, and my political beliefs after the election that left America divided. America is still divided and the President is not helping to unite Americans as much I hoped he would. It seems like everyday there is some kind of controversy coming out of the White House that gets worsened by 3 am Tweets by the President. Congress is battling over healthcare and people are being accused of being associated with the Russians. The whole thing stinks of McCarthyism. It doesn’t look like things are getting to get better soon, but I still have hope.

My hope doesn’t come from Congress, but from the American people. I know I can be a little two idealistic, but I truly believe that change comes from the people, not Congress. If people demand that Congress works together and demand bipartisanship, they will have no choice but to listen. During this election, Bernie Sanders was good at bringing out the far left and getting them involved. Our President did the same to people on the far right as well as some disenfranchised people across the spectrum. Unfortunately, the election left a lot of people burnt, especially in the middle, who did not care for the Republican Nominee or the Democratic Nominee. It’s time for the moderate Republicans, the moderate Democrats, the independents in the middle, the Libertarians, and the Greens to all come together and problem solve. The solutions that are going to help all Americans are not going to come from the fringes on the right or left, but from the middle and the moderate parts of each party. I truly believe that.

If you became involved in politics due to this crazy election and everything surrounding our current President, I encourage you to stay involved and stay informed. It is very easy to become tired by the constant bickering and fighting in Congress or the name calling from the President. I know it can become very frustrating and the more you get involved, the more these things will frustrate you. But the American people need to persevere and demand changes that will benefit everyone instead of giving up. Now I won’t be releasing any more political articles anytime soon, but honestly I’m not sure how much you were getting from em anyway! I just hope that you continue staying informed and you reach out to others who may not agree with you. Maybe your views will change or at least you will be able to see how the other side views an issue. This will help you expand your horizon and understand the issue at hand better. Escape your echo chamber and reach out to others. Be nice to one another and don’t let politics divide us! We are stronger together!!

Reminder: Keep all discussion civil and on topic. I do not want to shut down free speech but I will if the speech is hateful and/or not-constructive. Thank you.

One thought on “The End of Political Posts (For Now).”